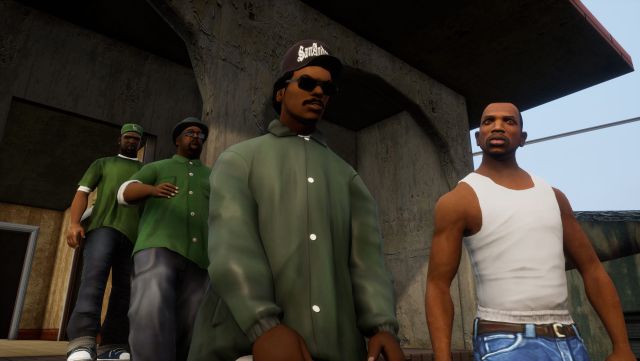 Preloading is also available to those who have completed the collection pre-payment, at least on Xbox at the time of writing. Grand Theft Auto III – The Definitive Edition requires at least 5.28 GB free, while Vice City targets 10.73 GB. You can know all the details in this link.

What can we expect from The Definitive Edition?

Grand Theft Auto: The Trilogy – The Definitive Edition is the update of three of the installments of the successful franchise. GTA III, Vice City and San Andreas go through the workshop to renew themselves in every way, both visually and playable. We can expect improvements “at all levels”, such as retouched environments, textures in high resolution, greater visual distance and “controls and aiming in the style of Grand Theft Auto V”.

In the new generation consoles it will reach 4K resolution and 60 images per second (except for the Xbox Series S model). On PC it will have NVIDIA DLSS support and on Nintendo Switch it will make use of the touch screen and gyroscope. It will feature an updated wheel to switch weapons and radii, improved gunplay, the ability to immediately restart a failed mission, and improved water effects.