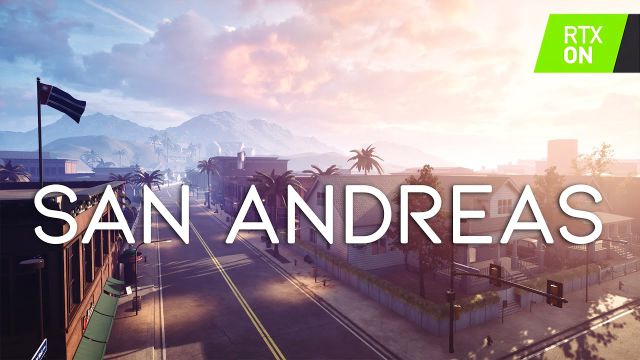 GTA San Andreas: A fan manages to make a video viral where he shows the result of his recreation and how he has achieved it. CJ’s return to a rejuvenated Los Santos.An amateur with knowledge of the Unreal Engine 4 tool has recreated the opening scene of the popular Grand Theft Auto: San Andreas with this engine from Epic Games. The user, Fat Dino, has shared on his YouTube channel how he has done this adaptation work to turn what is in itself one of the most important video games in the history of Rockstar Games into a title closer to current times.

The project has been carried out in his spare time and is not from the complete video game; It is not playable either, but it did require weeks of effort to recreate the map of Los Santos with the greatest possible fidelity and respect. Dan Houser and Navid Khonsari’s original work for PS2 dates back to 2004.

Not satisfied with reshaping the stage with the Unreal Engine 4, he has also done a new modeling of CJ; in the video she shows it in great detail. The result, although it cannot claim to be a new reimagining of GTA with “photorealistic graphics”, it does respond to what would be a remake of GTA San Andreas with technologies such as ray tracing or an updated polygonal loading.

The future of Grand Theft Auto is unknown; GTA 5 still among the best sellers

Whether or not Rockstar Games will make a Grand Theft Auto: San Andreas remake in the future is unknown. Another of the most iconic regions of the series is Vice City, on the list of top candidates by fans when speculating about an eventual Grand Theft Auto VI. Months ago we learned that Take-Two Interactive had registered ‘Grand Theft Auto Vice City Online’ and the ‘GTA VI’ website.

When it comes to GTA V, it has sold over 140 million units to date, an unprecedented phenomenon that has shattered virtually any existing record for video games sold in stores.

We do have a certainty, however: Rockstar will continue to bet on single player games.