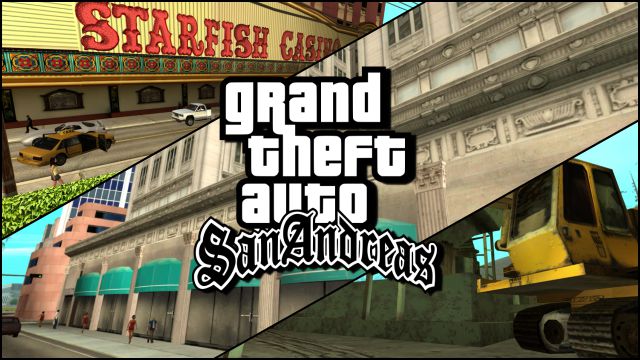 GTA San Andreas AI Remaster: One of the most iconic video games in the history of the Rockstar Games saga receives a mod for PC that significantly improves its graphics.The GTA mod community is one of the most active today. Any installment available on PC of Grand Theft Auto has been subjected to innumerable content packages that improve the visuals of the same; as is the case with GTA: San Andreas, one of the most influential titles in the series and of its genre. The original work from 2004 now receives the GTA San Andreas AI Remaster mod from Modder ‘Flyaway888’, which, as we can see in the video, greatly improves the base title.

Although some of the original textures were presented in a very low quality and he has barely been able to apply changes, the creator assures that 95% of the textures have been able to be manipulated so that they look much better than in their day. It should be noted that this time we are not facing a remake, but a remastering that corrects and improves the original appearance with total fidelity.

The result speaks for itself, with modernized graphics, more realistic lighting and much more detailed 3D modeling, adapted for resolution panels above 1080p. In fact, some buildings and elements of the environment have a greater chromatic depth, thus offering a more polished look at Los Santos and the rest of the districts of the San Andreas region.

Grand Theft Auto: San Andreas is one of the most important video games in the history of Rockstar Games, which came from linking deliveries like GTA III and GTA: Vice City in three dimensions. This was the definitive leap, a commercial success that lasted a whole decade and that left us versions on PS2, Xbox, Windows, Mac and, much later, also on iOS and Android.

The digital portals of PS3, Xbox One, PS4 and Xbox One (consequently, also PS5 and Xbox Series via backward compatibility) also have GTA San Andreas in their game catalog, thus extending an endless legacy; as much as GTA V, which will also turn a decade among the best sellers in the sector. This year, in fact, we will receive on November 11 a next gen version of Grand Theft Auto V for PS5 and Xbox Series.