Home Entertainment GTA Online Will Have “A New And Exciting Adventure” On The Occasion... 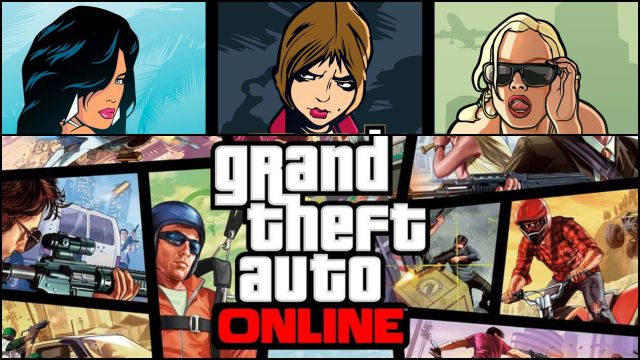 GTA Online: The confirmation of the trilogy will also leave us with news in the multiplayer mode of GTA 5. We will have new details soon. The announcement of Grand Theft Auto: The Trilogy – The Definitive Edition for consoles and PC at the end of the year celebrating the 20th anniversary of Grand Theft Auto III will not be the only big date with the Rockstar saga in the coming months. According to the company’s official statement on the occasion of the announcement, a “new and exciting adventure” awaits us in GTA Online at the end of 2021.

The multiplayer mode of GTA 5, which will return in style at the beginning of 2022 with the improved version of Grand Theft Auto V for PS5 and Xbox Series, has surprises in store for before the end of the year. Judging by the statement, concise in its definition, we will meet “close friends” to help them in their business. Soon we will have more details, among other “many more surprises.” No further details have emerged.

“Later this year, get ready for an exciting new adventure in GTA Online, as some of your close friends and contacts will need your help to expand their ‘legitimate businesses’. We will unveil many more surprises very soon! ”Reads the statement, which anticipates that some of these activities will take place in southern San Andreas.

Everything indicates that the launch of Grand Theft Auto: The Trilogy – The Definitive Edition will have some kind of celebration in GTA Online; either with the arrival of characters from the three classic titles to the game or with events and missions that were included in these works.

Grand Theft Auto: The Trilogy – The Definitive Edition will include GTA III, Grand Theft Auto Vice City, and GTA San Andreas. Its release is scheduled for PS4, Xbox One, Xbox Series, PS5, Nintendo Switch and PC in 2021; It will also be released on mobile devices in the first half of 2022.

Ubisoft Explains Why Avatar: Frontiers of Pandora Is Coming Only To...