Home Entertainment GTA Online: how to complete the “Life on a superyacht” missions 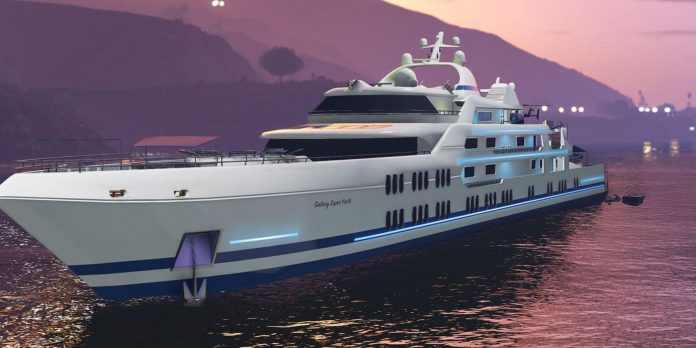 Unlike most parts of the Grand Theft Auto franchise, Grand Theft Online allows players to breathe life into their characters and explore South San Andreas as future crime bosses. Now, beyond the stories of the usual Grand Theft Auto protagonists, GTA Online players are left to make a name for themselves in the growing criminal empire. This, or just go make an explosive mayhem with your friends.

Fortunately, players who want a real GTA experience can rely on missions to give them a semblance of sanity in the game’s setting. One of these quests is “Life on a Superyacht”, which itself is a series of six missions that players can complete with three friends. What makes “Life on a Superyacht” one of the most memorable quest lines in the popular online edition and how can players complete it?

What is life on a superyacht?

“Life on a superyacht”, available in the summer special update “Los Santos”, released in 2020, is a chain of tasks given to a player or up to four players. This quest line mostly takes place on the Galaxy Super Yacht, an expensive GTA Online vehicle that players will eventually own.

Like other quest lines in GTA Online, those presented in “Life on a Superyacht” revolve around an interconnected plot. Players must help the quest giver, Captain Brendan Darcy, perform various duties related to the use of the Galaxy superyacht. These include underwater missions, cargo search, and even performing tasks for high-class clients.

Players can access “Life on a Superyacht” from the bridge of the superyacht Galaxy. From here they have to go to the captain’s workstation to download the current mission available to them.

Alternatively, players can use their smartphone to call Captain Brendan Darcy and then select “Request a Task”. The current available mission in the series should be available to players. Both of these options are available until the players have completed the quest chain completely.

When players gain access to this mission, a frustrated Captain Darcy informs the player that someone has stolen the yacht’s jet skis (another expensive vehicle in GTA Online), as well as important documents related to both the captain and the players. The documents specify that they are “permanent residents of international waters.”

First, head to the Vespucci Canals, the last known location of the riders. Hydraulic structures can be difficult to eliminate thieves at first, but this area provides both decent shelter and plenty of holes for shooting at opponents.

The captain will then inform the players that the thieves were part of the Puerto del Sol Yacht Club, which means that the players must take revenge on them. To do this, they need to go to the yacht club and sink the 10 boats there. Players need to do this quickly, as one of the boats may try to sail away from danger. This second goal is difficult, since this part of the mission is carried out with a level of search that does not decrease. The yacht club also has mid-level security guards. Moreover, the mission ends only when the players also lose their wanted level.

After a successful encounter with the thieves, the Captain sends the players on the second Grand Theft Auto mission. “Rescue” resembles a more modern view of marine exploration, albeit with an admixture of senseless violence. The captain informs the player about a distress signal that came from the sunken supply ship “Oliphantus”, not far from them. If they make it in time, they will be able to pick up the cargo and loot for themselves.

First, the players head to the dredger south of the yacht. Go underwater to the shipwreck and slowly pick up supplies. However, players cannot stay underwater for too long. They can rise and swim back thanks to rebreathers, of which there are about 10 pieces. Players can also use their own scuba gear for this part of the game.

The captain congratulates the player on the phone after receiving the cargo. Unfortunately, the sound of broken glass is heard, as well as a hint that part of the cargo has been stolen. Players must return to the ship only to see it hijacked by the kkanpae. They will also notice some enemies on boats circling around their yacht. The confrontation with kkanpe is difficult, as the players find themselves surrounded. However, there is no time limit to save the captain, so players can take their time.

After eliminating Kkangpae, players will receive a call from an unknown number with the captain on the line.

The Witcher: Blood Origin | The prequel on Netflix brings Éile...