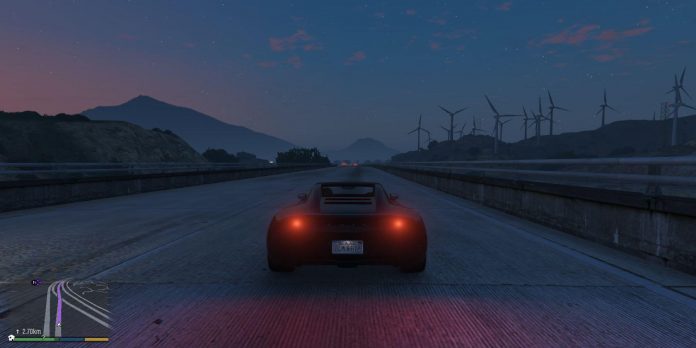 Open-world games, such as Grand Theft Auto Online, give players a lot of opportunities. Players can participate in unique events and events in GTA Online to compete with others and receive amazing rewards. Needless to say, vehicles are an integral part of the Grand Theft Auto universe, as they are necessary to navigate the game’s giant map.

Rockstar has added an extensive collection of amazing cars to Grand Theft Auto Online, which greatly simplifies the journey. However, a huge amount of traffic often delays players due to unexpected crashes and delays. Regardless of the car, if a person continues to break his car, the trip from one point to another will take much longer. Consequently, some Grand Theft Auto Online players, such as Reddit user T3AMTRAINOR, suspect that NPCs are intentionally crashing with their vehicles.

The user has good reason to believe that the developers of GTA Online have programmed NPCs so that their cars crash into the player’s car. Moreover, T3AMTRAINOR shared proof of the same in a short video on Reddit that confirms this theory. The video begins with the user racing in a convertible car on a clear road. They approach the intersection at a red light, and another car can be seen moving on the other side of the road. Surprisingly, the indicated car crossed the intersection before the user arrived, but suddenly drove back just in time to collide with an oncoming vehicle, which led to a terrible accident. The sudden change in the direction of movement of the NPC machine almost confirms that GTA Online can be programmed so that it causes more car accidents.

“NPCs are not coded to beat us” from gtaonline

The post eventually caught the attention of the Grand Theft Auto Online community on Reddit, who expressed solidarity with T3AMTRAINOR and applauded them for its release. The video received more than 7,000 votes and hundreds of comments in two days. Most people have shared similar experiences in GTA Online, where an NPC intentionally crashed into their car to slow them down. One user told about a car accident when an NPC from GTA Online crashed into his car, despite being two lanes away from him.

This is not the first time Grand Theft Auto Online non-player characters have done something unusual. Players have witnessed some truly random actions, such as an NPC in GTA Online stealing a Sparrow helicopter twice and an NPC stuck in an airplane.