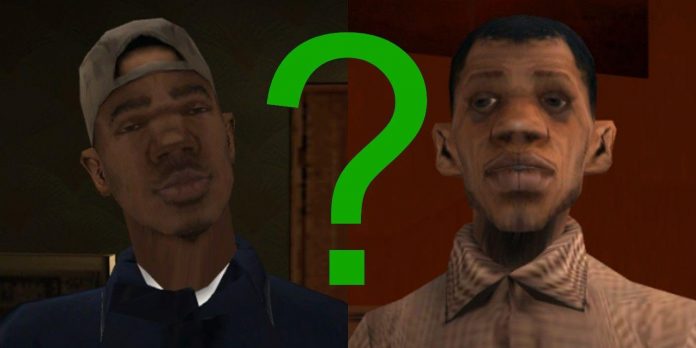 The Grove Street families from Grand Theft Auto: San Andreas are well-known among fans, but two of them are often forgotten. This is not surprising, considering that compared to CJ, Sweet, Big Smoke and Ryder, their role is negligible. However, there is reason to think that initially there were much more plans for them.

B Dup and Big Bear are two Grove Street members who appear in one cut scene in the early mission and then again in the second mission near the end of the game. Bee Dap turned his back on Grove Street and joined Ballas to become a crack dealer, and he hooked Big Bear by treating him like a servant. However, they disappear as soon as their dynamic is revealed, and upon their return, the Big Bear immediately turns against Big Dap and reunites with the Grove. Even Zero, the most hated job developer in San Andreas, got a decent amount of screen time for his arc. However, despite the fact that this almost did not affect the plot, B Dup and Big Bear in GTA: San Andreas could have higher plans.

One of the reasons to believe that B Dup and Big Bear should have been bigger is their voice actors. B Dup is voiced by famous rapper The Game, and Big Bear is voiced by Los Angeles radio host Big Boy. It seems strange that Rockstar has attracted two fairly well-known figures to voice such minor characters. In itself, this is more like a strange coincidence than anything else, especially since GTA: San Andreas has many famous voices, such as Samuel L. Jackson. However, this is not the only oddity of the characters B Dup and Big Bear.

The game files show unused models of the Big Bear, as well as a set of replicas for him, which are not found anywhere in the game. This is more interesting than a simple concept art, because these lines and models are programmed in the game, just not used. In addition, the unused model of the Big Bear looks much heavier than the lanky figure he has at the beginning of the game. In fact, his model in the final game is marked as “skinny”, which means that the Bear’s weight will change at some point in the game. Despite the lack of communication with C.R.A.S.H. and their vendetta with CJ, this information provides strong arguments in favor of the fact that, at least, the Big Bear was originally intended for a much larger role, especially since there is at least one known cut mission with his participation.

The most likely situation is that B Dup and Big Bear were supposed to become members of Grove Street along with other close associates of CJ at the beginning of the game, and Big Bear was his big self. After CJ has to leave Los Santos, he will return to find them in the state they were in in GTA: San Andreas proper, with B Dup as a pusher and skinny Bear as a drug addict. From there, it will probably lead to the same ending, the destruction of the Big Dap gang and sending the Bear to a rehabilitation center. Similar things could be continued in a potential sequel to GTA: San Andreas, but for now it’s just the ending.

The situation around B Dup and Big Bear is one of the strangest mysteries of San Andreas. There is evidence that they were supposed to be significant characters, but they have almost no effect on the plot. Unfortunately, it may never be known what role B Dup and Big Bear were supposed to play in Grand Theft Auto: San Andreas, but only who they became.

“Star Wars: Legends” — one quote from each main character contradicting...