Home Entertainment GTA 6: What You Can Learn From Red Dead Redemption 2 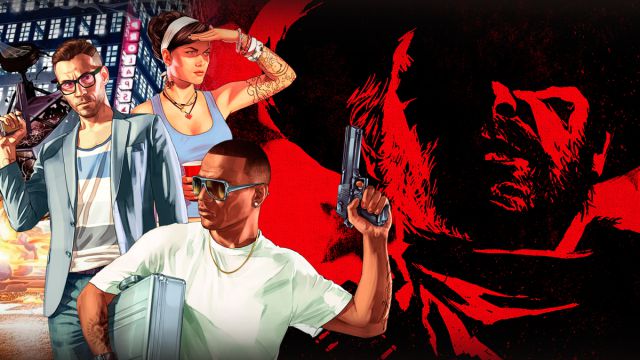 GTA 6: The confirmation of the new Grand Theft Auto by Rockstar invites us to think about what can be inherited from its previous project and why. Rockstar Games is working on a new installment of Grand Theft Auto. The announcement, which did not catch anyone by surprise, confirms that GTA 6 (tentative name) will be a reality soon; although we do not expect it in the short term. The industry has changed a lot since the release of the now distant Grand Theft Auto V in 2013; both at the technological level and at the level of consumption habits. In between, in 2018, a considered masterpiece was released in this house, Red Dead Redemption 2, starring Arthur Morgan.

However, the title of the outlaws is not perfect, all the more reason to collect in this article those elements of Red Dead Redemption 2 that GTA 6 can learn and those that it can avoid; all this with a constructive spirit and with the aim of being able to shape the best possible video game. Whenever Grand Theft Auto VI comes out, these are the takeaways we take away from that unforgettable title.

What GTA 6 can learn from Red Dead Redemption 2

Above all, there are three aspects of Red Dead Redemption 2 that we would like to see inherited in Grand Theft Auto VI: the depth of its story and characters, the reactivity of its open world and its audiovisual spectacularity, not just graphics.

Arthur Morgan is a difficult character to forget, although not the only one. Sadie Adler —to whom we even dedicated an article on FreeGameTips— is just one of the examples of how to build a secondary character that grows independently of the protagonist and that perfectly conveys the narrative will of the title. The group feel, which goes hand in hand with the loneliness and hostility of the game’s environments, is to be commended. Red Dead Redemption 2 is remembered for its history, but it does so thanks to excellently characterized and represented characters, without the need to fall into caricature or excess. A movie video game that, above all, knew how to use the language of the medium to tell a long, slow story, that gradually macerates and culminates like few others.