Home Entertainment GTA 6 Vice City setting: what locations in Florida can it include 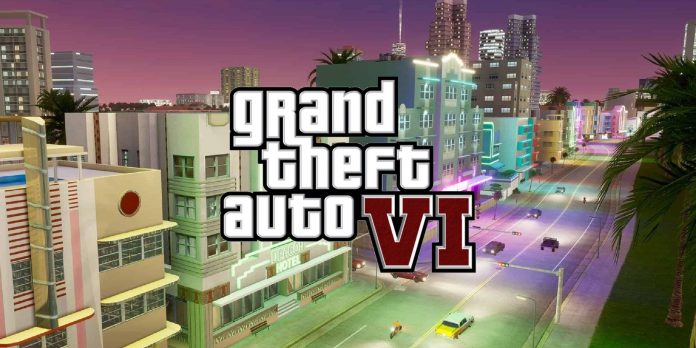 Grand Theft Auto 6 has recently been revealed to be returning to Vice City, a fictionalized version of Miami, Florida. It will also reportedly include its surrounding areas, which means that there are several different areas that could also appear based on real-world Florida locations. Vice City first appeared in GTA: Vice City in 2002, so it will be interesting to see how it changes in the new game.

In the Grand Theft Auto series, players take on the role of criminals looking to make money and rise through the ranks of their respective locations’ criminal underworlds. In GTA 5, this was accomplished with a series of bank heists centered around the three protagonists, Trevor, Michael, and Franklin. GTA Online also has heists, but it features a great many other gameplay options and features such as owning a business, as well as custom game modes. The games are famous for their graphic violence and sexual content, as well as the great deal of freedom they offer players with their open worlds and a wide variety of vehicles and weapons.

Related: GTA’s Worst Mistake Would Be Its Rumored Modern Setting

It’s currently unknown just how big GTA 6’s map will be or how far from Miami it will extend. According to a Bloomberg report, the main map will consist of “a fictional version of Miami and the surrounding areas” which doesn’t give a lot to go on. The key words, however, are “main map,” meaning that there could be secondary locations that are only available during missions or are otherwise separated from the rest of the world. Other details revealed so far include a female protagonist, which promises to make GTA 6 a unique game that breaks away from what the rest of the series has done. Most of the game is still shrouded in mystery at the moment, so it’s difficult to say how it will innovate from previous titles, but what’s been revealed so far looks promising.

GTA 6’s Main Map Could Include The Everglades

The Everglades is a huge wetlands area in South Florida that contains a litany of animal species, many of which are endangered. It’s the largest subtropical area of wilderness in the United States, and as such, it could be a mostly wild area with few amenities or shops for players to buy clothing or weapons in GTA 6. Civilization is scarce, which could make navigation difficult due to the lack of roads. The many animals – such as Florida panthers and alligators – could make it a high-level area that players aren’t able to explore at the beginning of the game, and have few of the side activities that appeared in other GTA games. Its inhospitable nature makes it difficult to determine how likely it is to appear in GTA 6, but if it does, it may not be an area that players visit without good reason.

There are a few different ways that GTA 6 could use the Everglades. The many rare and endangered animals mean that players could engage in poaching missions to hunt them or capture them alive for a wealthy benefactor. Human bodies are also frequently dumped in the Everglades due to the alligators that devour the remains, so players may find themselves in a mission to do just that if the area makes it into GTA 6. Its area spans over 1.5 million acres, so it’s unlikely that it would be rendered in its entirety, but at least a portion of it could still make a good area of Grand Theft Auto 6’s open world, and have many possible missions and other things for players to do.

Fort Lauderdale Could Become Its Own Location In GTA 6

Another location that could appear in GTA 6 is Fort Lauderdale. Although it already appeared in some form in Vice City, it was a part of Vice Beach and didn’t have its own dedicated area, which could change in GTA 6. It’s primarily a tourist town with many beaches and attractions to visit. Fort Lauderdale is a good distance from Miami – about 30 miles to be exact – but that doesn’t completely discount the possibility of a facsimile of it appearing in-game. If it does, it could combine elements of beach areas of past GTA games such as GTA 5 and Online’s Vespucci Beach and Del Perro Pier, and Vice City’s Vice Beach. The real-life version features several canals and gondola rides are common, which could translate well to a fictional version in a GTA 6 set in present-day Vice City. There are also many other places of interest, such as bars, as well as an active nightlife.

If Fort Lauderdale did become a distinct part of GTA 6’s Vice City instead of just being folded into Vice Beach, there are some possibilities for how the game could use it. The many attractions could mean that it would become a shopping area for players to buy clothing and weapons or to customize their vehicles. It could also feature several side attractions or minigames such as gambling, bowling, and tennis. Fort Lauderdale could be treated as a casual area for players to goof off and ignore the main story, being involved with a few key missions in contrast with Vice City, where Vice Beach was the starting point of the game. If GTA 6 brings back Online’s player businesses, then players could also own a nightclub, in addition to other properties such as beach houses.

Key Biscayne and Biscayne Bay are other locations that could appear in GTA 6. Key Biscayne is a small town off the coast of Florida, south of Miami Beach, that’s located on a barrier island. It’s between two state parks, each of which feature mangrove forests and wildlife such as loggerhead turtles. Biscayne Bay is a lagoon extending from North Miami Beach to the Florida Keys, though the area surrounding Miami and Key Biscayne may be the most likely to appear in GTA 6. Key Biscayne features the Cape Florida Lighthouse, which appeared in Vice City, so this area is a good candidate to be included in GTA 6’s present-day version of Vice City.

There’s little nightlife in Key Biscayne, which might seem like it makes it ill-suited for a GTA game. It’s a wealthy area, so there could be missions based here in one of its many ritzy hotels or mansions. Miami is also one of the best places to scuba dive and snorkel in the United States. An area based on Key Biscayne and Biscayne Bay could have great underwater missions and side objectives due to the coral reefs in the area. Vice City did not feature swimming mechanics, so this could be a welcome addition to GTA 6. Underwater exploration is an option in GTA 5 and Online, but if Biscayne Bay appeared in the next Grand Theft Auto, swimming in Vice City’s waters could be far better than what those games did.

Expanse is a subtle but effective environmental message