Home Entertainment GTA 6 Report Suggests That The Rumors About Project America Were Actually... 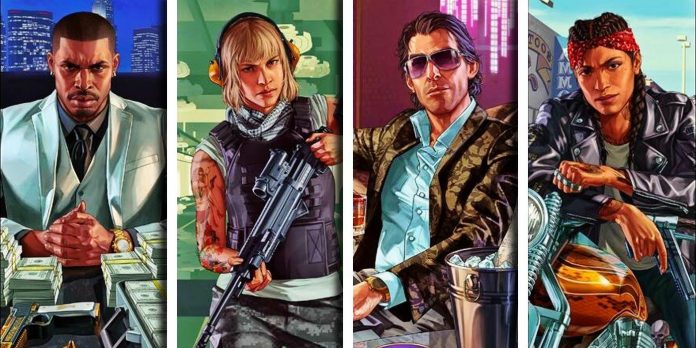 Grand Theft Auto 6 is the next game in a multi—year adventure series in which players commit crimes and fight with law enforcement agencies. The franchise has legions of fans, millions of players enter Grand Theft Auto 5 every day. After almost a decade of waiting, fans are still waiting for any details related to the next game, but recent developments seem to indicate that there may have been some truth in the popular rumor.

Grand Theft Auto 5 is alive and well, and Rockstar continues to support its dedicated community with countless updates for GTA Online, such as the upcoming Criminal Enterprises update. The new update will bring fresh content, new missions and new ways of earning money to the game. However, this update is not the only development made by Rockstar Games, as new information about Grand Theft Auto 6 has begun to spread, and most of this information indicates that the old rumors could be true.

By topic: What does the GTA 6 release date mean for RDR3

News about Grand Theft Auto 6 appeared back in 2019, and there were all sorts of rumors and assumptions about the next Rockstar game. There are rumors that GTA 6 will have an extensive map with locations from past games such as Vice City, San Andreas and Liberty City. Other sources indicated that the next game would take place in a completely new place. However, a popular rumor by Project Americas fans suggested that the game would return to Vice City and include a new fictional location based on Rio de Janeiro. Game missions in Liberty City were also listed, but there was no free movement aspect to them. While many were skeptical, this alleged leak may be true, according to Bloomberg.

Jason Schreier from Bloomberg, who is considered by many to be a significant authority in the field of upcoming projects in the industry, spoke with new information about GTA 6. According to Schreier, Grand Theft Auto 6 will take players to a fictional version of Miami and its surrounding areas. This rumor definitely points to the possibility of returning to the fan-favorite Vice City, as the rumor about Project Americas suggests.

While fans are waiting for new official news, fake GTA 6 leaks are happening everywhere, and some of the details suggested by Bloomberg seem to contradict the Project Americas leak. One of these contradictory details is the potential protagonist of GTA 6, with the latter suggesting that players will instead take on the role of a copycat drug lord named “Ricardo”. Although the recent batch of rumors seems plausible, fans should still remain skeptical, since Rockstar itself has not yet confirmed many details. At the moment, a lot of updates coming to Grand Theft Auto Online should please fans until Grand Theft Auto 6 is released in the coming years.

Spotify launches personal car assistant in the US