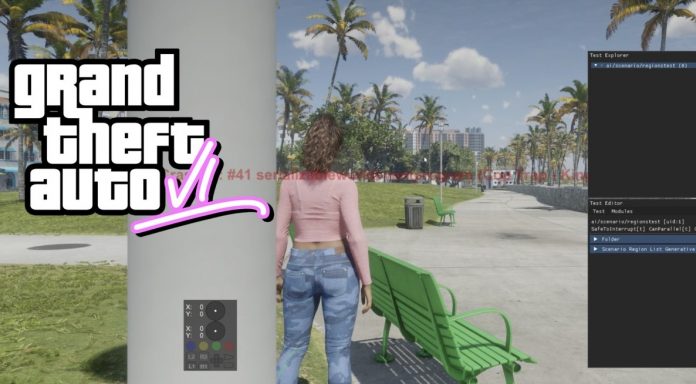 The gameplay videos, which are thought to belong to GTA 6, which is among the most anticipated games of recent years, fell like a bomb in the gaming community. Here are the details!

Rockstar Games, the producer of the legendary production Grand Theft Auto, which has definitely managed to find its place in the best game series lists of all time, announced that it started working on GTA 6 in the past years after a long silence. 9 years after the release of GTA 5, such news excited the fans of the series and the gaming community. Rockstar Games, which continues to work to develop GTA 6 with all its might, does not share almost any information about the new game. However, it was claimed that dozens of images that fell on the internet today belong to GTA 6.

In the first leaks about GTA 6, there was information such as that it will be a female character, it will not have a huge map, and it will have a story where you can switch between characters, just like in the old game. A user on Twitter claimed that he had access to gameplay footage and videos of GTA 6 under construction. The user, who shared dozens of videos and images, said that there are more than 90 media in total. Although the gameplay footage in the videos resembles a game from the GTA series, some people were skeptical.

Here is the GTA 6 Gameplay Video!

The leaked footage showed some of the game’s features, such as clashes with the police, driving, character display, menus, and car customization. Apart from these, a Latin American female character, which confirms the information from the first leaks, is among the 3 playable characters.

It was claimed that the footage was fake because it looked bad for a game like GTA 6 and because of the obvious Watch Dogs resemblance in some places. On the other hand, it is thought that the video and visuals may be real for reasons such as being very similar to a game under construction and having a design that has not been seen before. Most people agree that the footage is from the time the game was first in development. It is stated that the videos were taken at least 1.5-2 years ago. For this reason, we can say for sure that GTA 6, which is expected to be one of the best games of the new generation, will not look like this.

If the images are correct, it has been officially confirmed that GTA 6 will take place in Vice City. The Vice City-like regions we encountered in many parts of the leaks may indicate that we will make a nostalgic return to the legendary game. Rockstar Games has not yet made a statement about the leaks.

Preview of the main vocal theme of Sonic Frontiers