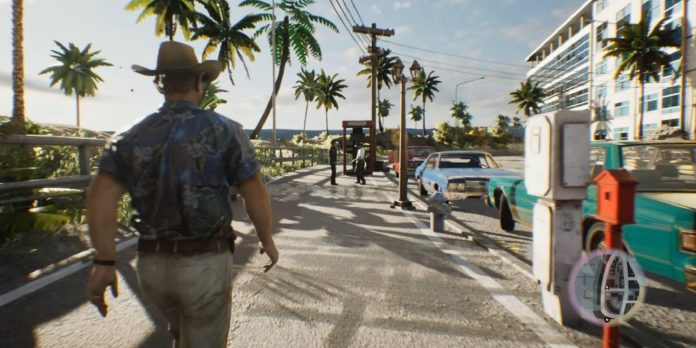 The TeaserPlay YouTube channel has released a new video demonstrating a hypothetical Grand Theft Auto 6 gameplay feature that will allow players to switch between different time periods. In Grand Theft Auto 5, Rockstar Games allows fans to experience the lives of three different characters at the same time. To do this, Rockstar introduced a feature that allows players to switch between the main characters Franklin, Michael and Trevor on the fly. It was a well-received feature, and many fans were hoping to see it return in the upcoming Grand Theft Auto 6.

While Grand Theft Auto fans are waiting for more information about GTA 6, they can watch the latest Unreal Engine 5 concept video from TeaserPlay. This video shows what Grand Theft Auto 6 would look like if it were built using Unreal Engine 5, focusing mainly on the mechanics of switching characters. A character switching wheel will appear, which shows options for three different characters, including one suspiciously similar to John McClain from Die Hard. After switching to another character, the video shows a wheel of time that allows players to move between decades.

There are two options available in the video: present and 1980. When choosing the 1980 version, the video then transfers the character to the version of Vice City that existed in 1986. This is, to put it mildly, an interesting concept, and it would be interesting to see how it is implemented in Grand Theft Auto 6. However, it should be emphasized once again that Rockstar Games has not confirmed any details of the gameplay of Grand Theft Auto 6 at the time of writing this article, not to mention the mechanics of time travel.

There were rumors that the history of Grand Theft Auto 6 would stretch for decades, and that’s what this feature is based on. If the story of Grand Theft Auto 6 really takes place both in the 80s and nowadays, it would be interesting to allow players to move between two time periods. On the other hand, it looks like it will create serious problems for Rockstar in terms of storytelling, and besides, it will actually mean creating two different versions of the same map.

According to rumors, the release date of Grand Theft Auto 6 is somewhere in 2024, although some believe that disclosure may occur in the relatively near future. Fans shouldn’t hold their breath, but every day brings us closer to a big discovery.