Home Entertainment GTA 5, The Best-Selling Game In Spain In April 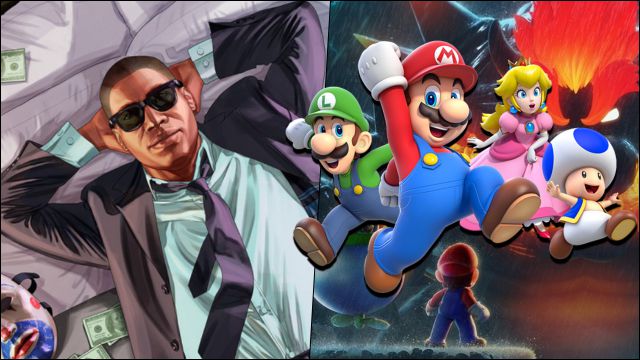 The Best-Selling: The Rockstar video game continues to sell as if it were a premiere; the reality is that it is a video game originally released in 2013. Grand Theft Auto V was the best-selling video game in physical format in Spain last April 2021. Again. The successful Rockstar title, with about 1.5 million copies sold only in our country and more than 140 million units worldwide, once again dominates the national market and is the leader in a ranking completely led by Nintendo Switch.

Nintendo’s hybrid console consolidates its catalog based on long-standing titles. According to AEVI (Spanish Video Game Association) in collaboration with GSD (Game Sales Data), eight of the ten best-selling titles from last April are under their label. It also stands out that four of them were not published in the last twelve months; some much earlier. This time, the podium is made up of Super Mario 3D World + Bowser’s Fury and Animal Crossing: New Horizons, which reflects the preferences of the Spanish public when it comes to fattening their collection once they have a Nintendo Switch or Nintendo Switch Lite at home.

Works like Mario Kart 8 Deluxe, the version of Minecraft for Nintendo Switch or Ring Fit Adventure are known safe values ​​in the market; it is very difficult not to see them in the top-10 every month in Spain. For its part, Monster Hunter Rise completes its second month on the market in ninth position and, finally, New Pokémon Snap slips into seventh place with just one day computed (it was launched on April 30). This is the ranking of this fourth month of 2021 in terms of best-selling video games in physical format.

Not Henry Cavill or Nam June, But THIS MCU Star Won...

Madonna disgusted fans after licking water from a dog bowl in...