Home Tech GTA 5: The actors behind Lamar and Franklin 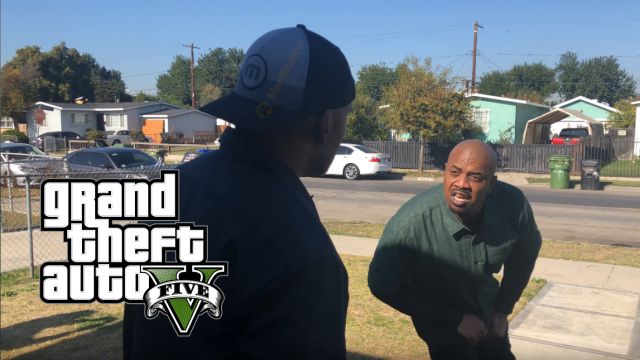 The actors behind Lamar and Franklin recreate the most viral scene of GTA V. Social networks burn to see the hilarious moment of both characters.

GTA V comes to life. Shaw Fonteno and Gerald Johnson, the actors behind Franklin and Lamar, reproduce one of the most popular scenes in the video game. It occurs during the first hours of play, when Lamar blames Franklin on a number of aspects of her life. Almost eight years later we can see them in action, this time in real life.

A meme in which everyone participates

The footage, barely 30 seconds long, became meme meat on social media. Crowds of users edited various elements of the video, such as characters, which leaves hilarious creations. We have seen Kiryu (Yakuza) sing Bakamitai in Franklin’s face, Goro Majima do the same with 24 Hour Cinderella, more than 100 Lamar scold him, or even a compilation of the most famous characters in the video game industry and anime. The creativity of the internet does not disappoint. And what would it be like with PlayStation 1 graphics? It has also come true.

Don’t you remember the scene? Check out below:

Rockstar will continue to bet on single player games

Despite the popularity of GTA: Online, the multiplayer universe of GTA V, the studio will remain fully “committed” to continuing to offer single-player storytelling experiences. This was stated before the close of 2020 by Tarek Hamad, design director at Rockstar North. In an interview with CQ, he shared his feelings about the future work of the studio: “I think you can see [those elements as well] in GTA Online, I think later we will inject more of those components for a player in the game.”

The truth is that the commercial journey of the fifth numbered installment does not seem to stop. The game still ranks high in global sales, so it’s no wonder Rockstar wants to pass it on to the next generation.

Big Surprise For Those Who Expect ‘Foldable iPhone’ From Apple: MacBook...