Home Entertainment GTA 5 Reveals All Its Graphic Improvements On PS5 And Xbox Series... 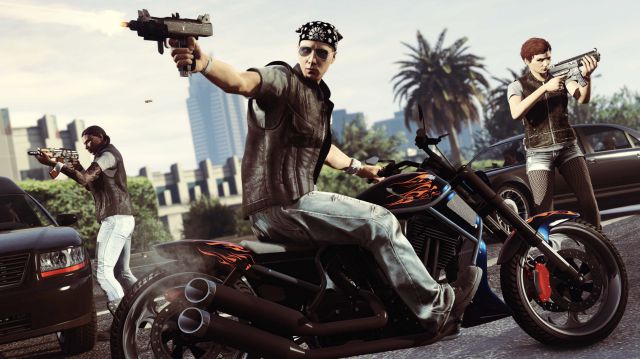 GTA 5: Rockstar reveals all the graphic improvements that GTA 5 will incorporate in its edition dedicated to the new generation of consoles. It will arrive on March 15.
Rockstar Games has shared what graphical improvements we can expect from GTA 5 in its next-gen debut. It will be from March 15 when PS5 and Xbox Series X | S users can access this version that, among other improvements, will present ray tracing and various technical optimizations.

How has GTA 5 improved on PS5 and Xbox Series X|S?

The study points out that this version introduces a graphic level comparable to high-end computers with “new graphic modes with up to 4K resolution, framerate up to 60 images per second, improved texture quality, HDR option, ray tracing, faster loading times, immersive 3D sound” and more.

Grand Theft Auto 5 will offer three viewing modes. The first, fidelity mode, will target “highest visual quality” while lowering its performance target to 30fps. Ray tracing will be enabled at native 4K, while on Xbox Series S it will be done by upscaling the resolution. If you prefer to prioritize the smoothness of the frames, the performance mode allows you to play at 60fps with 4K upscaled (Xbox Series S at 1080p). Finally, the RT performance mode offers a hybrid between the previous two. You can play with ray tracing at 60 images per second.

Among the improved graphic adjustments we can expect an increase in the number of NPCs and vehicles in the city, higher vegetation density, better lighting and water reflections, among many other technical and visual elements. PS5 users can expect support from features built into DualSense, such as haptic feedback and adaptive triggers.

GTA Online is not far behind either. We must remind you that from launch day it will appear as an independent application of GTA 5; on PlayStation it will be free for 3 months. If you play in the last generation you will be able to transfer your multiplayer game through the Rockstar Games Social Club platform.

Pre-orders and pre-loading will begin on March 8. Its physical edition is scheduled for sometime in April.

BLACKPINK: Lisa’s Parents Had The Sweetest Reaction To LALISA