Home Entertainment GTA 5 Like You’ve Never Seen It Before: This Is Its Most... 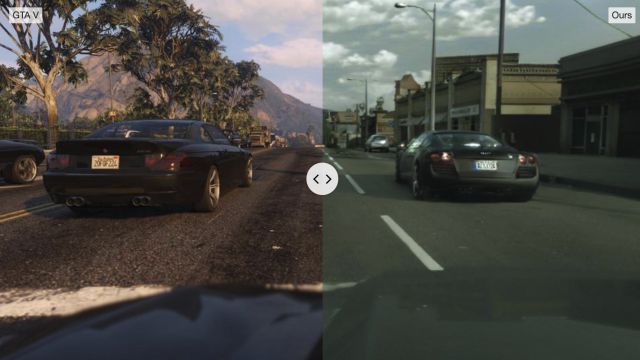 GTA 5: Several members of Intel Labs use GTA 5 as a basis to explain their point of view in relation to improving the realism of the generated images. The GTA 5 community continues to surprise. A group of workers from Intel Labs wanted to demonstrate an approach on how to improve the realism of images generated by machines. Rockstar’s title has served as a practical example of what the city would look like when applying its code. The result is spectacular.

Improvement based on real life data

Called “Improving Photorealistic Enhancement,” the team has succeeded in applying post-processing to the image that adapts in real time using a neural network. The code analyzes the image and applies the effects according to the surface, the lighting and all the elements of the stage that we are rendering. You can see the results at the bottom of this paragraph.

Stephan Richter, Hassan Abu AlHaija and Vladlen Koltun have been in charge of this work, who have used the data provided by Cityscapes Dataset as a basis. Thanks to them, they have been able to apply to the network a multitude of content taken from the streets of Germany in real life. In this way, the machine learns what the asphalt should look like at a certain time of day, what the reflections of cars are like when crossing and more.

“The images are enhanced by a network that takes advantage of the intermediate renderings produced by traditional rendering pathways. The network is trained through objectives that provide robust monitoring at multiple levels of perception. We analyzed scene distributions in commonly used databases and found that they differ in important ways, ”they explain.

It was not the first time that the popular sandbox received a job that enhances its realism. In February of this year we saw how the user DubStepZz runs the game at 8K resolution with ray tracing activated, in addition to other visual improvements. You can see how spectacular it looks through this link.

Ubisoft: Assassin’s Creed Franchise With Tp To 80% Off