Home Entertainment GTA 5 in 8K, More Realistic Than Ever On An NVIDIA RTX... 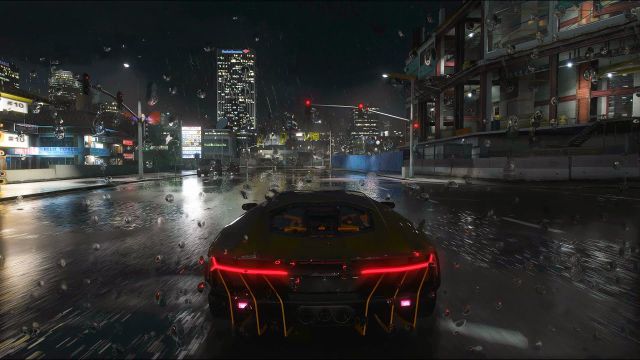 GTA 5: Rockstar Games’ hit game looks 8K resolution with NVIDIA’s new high-end graphics card. The result is simply spectacular. Digital Dreams, the YouTube channel known for bringing the most popular video games to their maximum technical performance, this time used Grand Theft Auto V as the protagonist for its latest feat. As we see in the video attached below, it is the most realistic version that we have seen so far; all in 8K resolution and using the imposing (and much sought after) NVIDIA RTX 3090, the flagship of NVIDIA graphics cards.

For this occasion, apart from modification packages of the PC version of GTA 5 such as those of QuantV and the GTA 5 Real Life Pack, Digital Dreams have used Ray Tracing ReShade, which translates into a considerable visual improvement in the Play of light and shadows; a kind of remastering of the already realistic ultra configuration of the Rockstar title on PC. It is, in a way, a clear picture of what we can come to expect from a next gen version of Grand Theft Auto 5 for PS5 and Xbox Series X, which will arrive according to Rockstar Games sometime in late 2021.

As reported by DSOG Gaming, QuantV content is free and its latest version (QuantV 2.1.4) can be accessed here, with the possibility of donation for the creator. Regarding Ray Tracing ReShade content packs, it is necessary to subscribe to the Patreon portal of Pascal “Marty McFly” Gilcher, author of the pack.

Just a few days ago we showed you the result of The Witcher 3: Wild Hunt in 4K resolution and with an NVIDIA RTX 3090, which was equally surprising for the visual and technical improvement of the adventure.

All in all, Grand Theft Auto 5 continues to sell like nothing. Despite being an original release from 2013 on PS3 and Xbox 360, since it arrived on the computer, PS4 and Xbox One, its commercial journey seems endless, not to mention the history of its figures. With more than 145 million units sold worldwide and being the best-selling video game in Spain last May 2021, it is difficult to think of an eventual Grand Theft Auto VI in the short term. Rockstar’s immediate plans are for the next-generation version to arrive on PS5 and Xbox Series X | S this November 11 with “new features and more”, in addition to its renewed technical section.