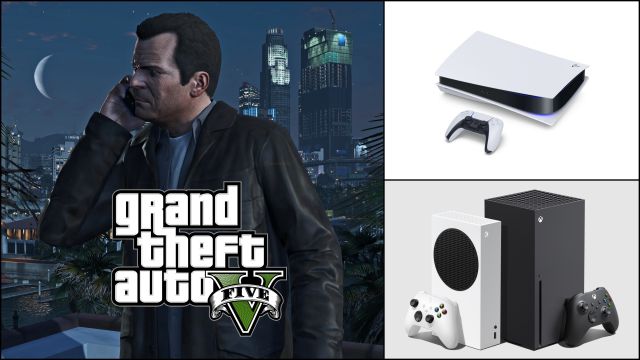 GTA 5: The improved edition of GTA 5 for PS5 and Xbox Series X | S will debut on November 11. Rockstar sets course for next-generation systems. PS5 and Xbox Series X | S will soon add the native edition of GTA 5. Rockstar has confirmed that its popular video game will debut on next-generation platforms on November 11, 2021. Despite Since the specific improvements have not been confirmed, the study anticipates “new functions and more” with respect to the versions already available.

This announcement encompasses the multiplayer experience, GTA Online, which will be released the same day along with a standalone version as the fifth installment. In this way you will be able to access the online universe without having to start the base game. The bonuses for PlayStation users remain the same way in which they were announced, that is, GTA Online standalone will remain free on PS5 during its first 3 months of stay on the market. You will have until February 2022 to access the full offer at no additional cost.

According to GameSpot in previous statements from Rockstar, the team spoke in the past of the advantages that these editions will offer: “The new generation versions of GTA 5 will offer a range of technical improvements, visual updates and performance improvements to take full advantage of the latest hardware, making the game more beautiful and accurate than ever ”. Along with the information dedicated to the latest installment in the series, Rockstar will celebrate the 20th anniversary of GTA III “with more fun surprises”, some of them will land directly in GTA Online. It has not transpired what else it will cover.

We must go back to June 11, 2020 to know the team’s plans with the adventure starring Trevor and company. During the PS5 game presentation event, we saw a small preview of what would await us just over 12 months later. The same happened with the slope on the online slope: GTA 5 continues to have an impact.

Tomorrow belongs to us: Renaud and Marianne, couple?