Home Entertainment GTA 5 for PS5, Xbox Series X|S and PC, Where Does It... 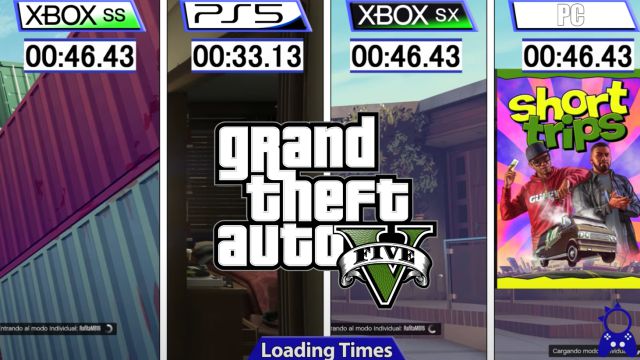 GTA 5: This video shows which platform the game loads the fastest on. GTA 5 is now available for next generation consoles. Grand Theft Auto V (GTA 5) and Grand Theft Auto Online are now available on PS5 and Xbox Series consoles, the new generation machines from Sony and Microsoft. Apart from all the technical and visual improvements that have been applied to Los Santos so that it looks better than ever on home platforms, another of the great advantages of the next gen is the SSD memories, capable of pulverizing the loading times of video games thanks to its data read and write speeds. In the following video of The Bit Analyst we can see it in detail face to face.

Because if it was already clear to us that GTA 5 for PS5 loads the game three times faster than on PlayStation 4, now we see that the Sony console is clearly the one with the best performance in this regard (minute 2:36), mainly because it has Removed intro cinematic.

For the rest, The Bit Analyst also rates the PS5 version as the best of the next-gen versions, with “a clear performance advantage” over Xbox Series X|S. Framerate is spotty on Microsoft platforms at peak times.

Chun-Li, the strongest woman in the world