Home Entertainment GTA 5: calculate the minimum number of deaths required to complete the... 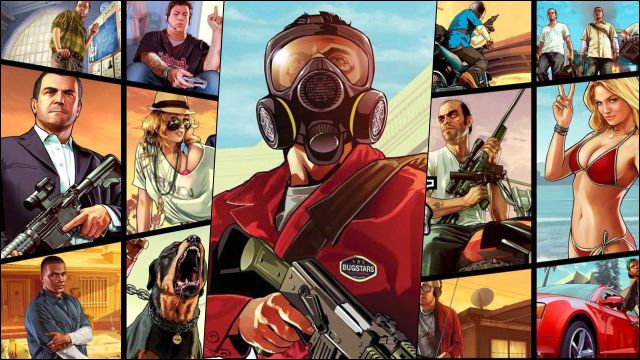 GTA 5: A player counts the minimum kills to finish Rockstar’s game, Grand Theft Auto V, in the most pacifist way possible, with each character.
How many people do you have to kill at least in Grand Theft Auto V to finish the game? The successful Rockstar title, as in many others on the market and works of cinema or literature, recreate crimes and all kinds of crimes in fictional stories to remember. Fiction. A user has calculated precisely that, the minimum and necessary number of kills in GTA 5 to get to see the credits in the adventure of Trevor, Michael and Franklin.

Considered one of the masterpieces of the last decade, with more than 140 million copies sold, the player Tk-576 has numbered with each character and with the most pacifist attitude possible that number, which is estimated at a total of 726 characters NPC.

From the Sex Positive Gamer channel they have made a video where they show the process with an extremely cautious attitude, without eliminating people if it was not necessary — if the circumstances of the mission do not require it; avoiding accidents, for example— to find the minimum figure. Thus, recounting all the missions, commissions, robberies and other inevitable deaths during the main adventure of GTA 5, we have the following distribution:

How does it compare to other games on the market?

If we put this figure in context, from Sex Positiva Gamer they value that the total is not as high as other similar video games of the genre and with a history of similar duration. Generally, completing the open world of Grand Theft Auto V takes around 32 hours. In works like Max Payne 3, 1216 deaths were necessary, while in Half-Life 2 there are 751 despite being able to complete in just over 4 hours.

Grand Theft Auto V was released in September 2013 on PS3 and Xbox 360; later it was released on PlayStation 4, Xbox One and PC. After becoming one of the greatest commercial phenomena in the history of the medium, as well as one of the most successful in this medium, fans wonder if we will have an eventual GTA 6 (Grand Theft Auto VI) in the future.