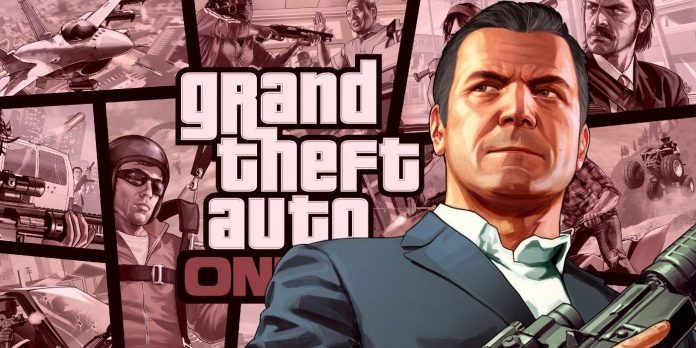 Ned Luke, the actor best known for playing Michael in Grand Theft Auto V from Rockstar Games, responded to reports that the character will make his debut in GTA Online. Rumors about this event appeared earlier this week when datamine suggested that Michael could join GTA Online through a new update.

Grand Theft Auto 5 is one of the most successful games of all time, and its sales are second only to Minecraft. Although players learned the stories of Michael, Franklin and Trevor back in 2013, the online counterpart of the game attracted a lot of attention from Rockstar Games, and the game has received constant support and updates over the past nine years. GTA Online has had several large-scale content updates, such as the After Hours update in 2018 or the Diamond Casino and Resort update in 2019. Just last year, players took to the streets with Franklin from GTA 5 from the main plot of the game, opening up even more potential for story mode crossovers and GTA Online in the future.

After the dataminer leaked evidence pointing to a potential movie update in GTA Online, Michael’s actor, Ned Luke, tweeted to respond to rumors that his character, who works in a movie studio, might join the game. Luke was not thrilled with this news, although he tried not to confirm or deny the rumors. Of course, it should be expected that Luke will remain silent about his potential involvement in the GTA Online update, but fans in the tweet’s response section seem to believe that Ned knows something they don’t.

The alleged evidence of the upcoming GTA Online update found in the leak is not enough to confirm the new DLC centered around Michael, although Luke’s answer may hint that something in the datamain may be true. Although Grand Theft Auto 5 was released almost a decade ago, Ned Luke is still an active member of the community and most often responds to GTA news. His vague response to the leak will make fans scratch their heads for a while, although most GTA fans are already looking to the future in the hope of a new part of the series.

Rockstar usually releases big updates for GTA Online towards the end of the summer, so it may take some time before anything in the dateline is confirmed or denied, although fans can expect something significant in the near future, since Rockstar has released GTA Online for the PS5 and Xbox Series. X/S console. With the new generation of consoles receiving GTA Online and GTA 5, it can be assumed that Rockstar plans to continue updating the games for several more years.