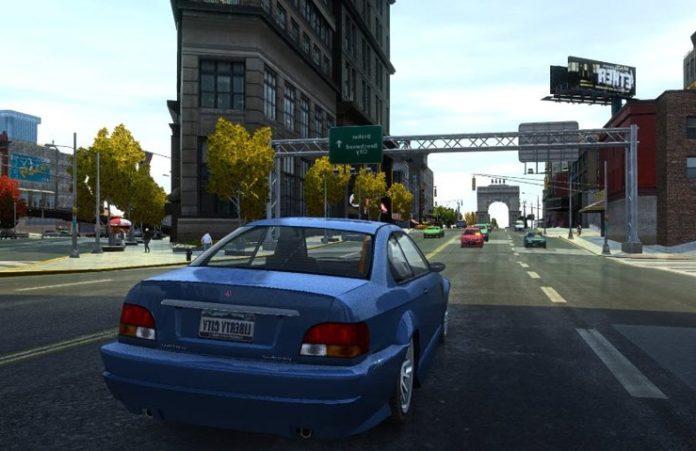 Rockstar Games made a new statement about GTA 4, which it halted its sales on Steam about a month ago. Rockstar Games, which announced that the game will be on sale on March 19, will offer a special version of GTA 4 to the service of gamers.

“GTA 4”, one of Rockstar Games’ popular games, one of the important names in the video game industry, was removed from Steam about a month ago. It was not clear why Rockstar Games did such a thing in the first place, and it was confusing that the DLCs of GTA 4 were still on sale. Making a statement shortly after the incident, Rockstar Games announced that GTA 4 was removed from the sale because the product activation key could not be produced.

Rockstar Games has just made a new statement now and announced that GTA 4 will be available again soon. According to the statements of the company officials, GTA 4 will be re-purchasable as of March 19. The company will sell the GTA 4, which it will re-list, as a special edition under the name “Grand Theft Auto 4: Complete Edition”.

Grand Theft Auto 4: Complete Edition will include both the GTA 4 itself and the additional package “Grand Theft Auto: Episodes from Liberty City”, which is currently being sold on Steam. According to the statements made by the company officials, this special version will support the game recordings in the current version. In other words, if the gamers re-purchase GTA 4, they can continue the game from where they left off.

Revamped GTA 4 won’t be able to play as multiplayer
According to the statements made by Rockstar Games, Grand Theft Auto 4: Complete Edition will not have the Games for Windows Live service. As is known, this service enabled GTA 4 to be played online. However, in the new version, gamers will only be able to play GTA 4 offline.

See Also  Rockstar Announces Why GTA 4 is Uninstalled from Steam

The main reason why GTA 4’s Steam sales were stopped was that the product activation keys for GTA 4 were made by Games for Windows Live and that the codes are now exhausted in this service. Rockstar Games had to disconnect GTA 4 and Games for Windows Live before releasing the game. This has caused the online mode of the game to become unavailable.

Rockstar Games will also offer Grand Theft Auto 4: Complete Edition as a free update for existing customers. The company will send a new code to all gamers who have recently received the GTA 4 and Grand Theft Auto: Episodes from Liberty City supplement package, and these gamers will have updated GTA 4 versions within the code to be issued.

Eminem finally meets the legend of his childhood Mike Tyson

THE HISTORY OF THE DRESS OF WOOL OF THE KING IN...

Reviews are shifting in YouTube’s Android and iOS App

How to play Celebrity Hunter, game with spicy stories for mobile