Home Entertainment Group Video Calls Come To Telegram: They Are Already In Tests 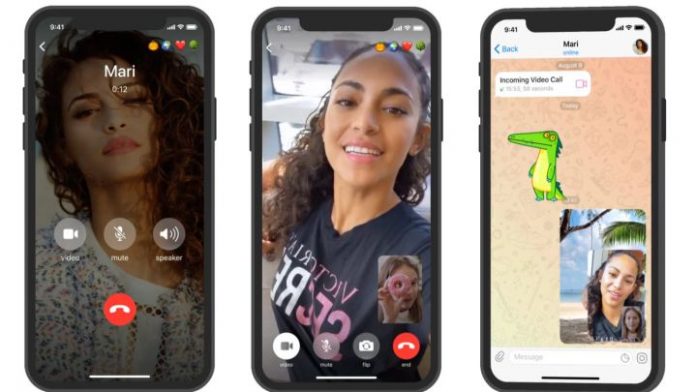 Telegram: In general, it is usually the first in terms of messaging applications to release news that others copy. Telegram is always 1-2 steps ahead of WhatsApp, but curiously, in the field of video calls it was 5 steps behind. And although in the end he implemented them, he still had the pending subject of making them in groups, a characteristic that in 2020 made others such as ZOOM explode in audience.

But it seems that at last they are, they will not be, a reality.

Yesterday a new beta version of Telegram for Android was launched, 7.8.0. This version has innovations such as animated backgrounds for chats, support for group video calls and a series of other features, which will be available in the stable version of the application for the foreseeable future.

But it has been that group video calling function that has undoubtedly stood out the most. A feature implemented as an option when making a group voice call.

Participants in voice chats who have this version of Telegram Beta can now start broadcasting video from the camera or screen of their device. Of course, a small remark: For this function to be available, you must add the tag #vid to the name of the voice chat. However, at the moment the rest of the participants do not receive the video signal of the others, as confirmed by sites such as GizChina.

A background that changes with every message

The beta update has also brought other elements to Telegram such as:

– A chat background that changes when messages are sent

– An animation when sending stickers

– The appearance of a list of active voice chats in the calls section of the application’s side menu.

How to Watch The Last of Us Online and Broadcast a...

Pink Floyd Fans Criticized The Rainbow Logo “Dark Side Of The...