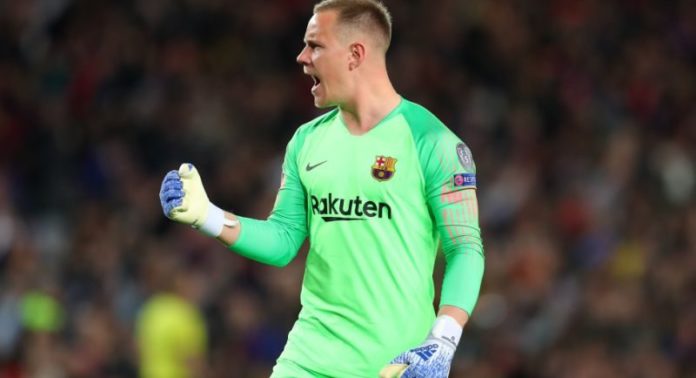 Marc Andre ter Stegen has done it again. The German goalkeeper of FC Barcelona signed this Saturday, at Camp Nou, his second assist with the Barça team. This time, the Teuton goal gave rise to the opening that opened the can in front of Mallorca.

Over the six minutes of the first part, the Balearic team had a corner kick that could not take advantage. The one who did was Ter Stegen, who quickly charged the kick to throw a long ball that found Antoine Griezmann. The French controlled perfect, traveled a few meters with the ball and defined above the exit of Reina.

He had also done something similar in the first goal of Barça at the Alfonso Pérez Coliseum, against Getafe. Thanks to a powerful long throw, Luis Suarez was able to hook the pass of his goalkeeper to beat David Soria and put the 0-1 in the city of southern Madrid.

After getting that assistance against the Blues, the first of his career, Ter Stegen wanted to be prudent. “I’ve dressed him there but not so much. Let’s not fool ourselves! It has been at the perfect moment with Luis’ snatch. He has come out great. At the break I told José (De la Fuente, goalkeeper coach). Me I needed an assist in my career! “exclaimed a cheerful goalkeeper. What will he say now?

For his part, Valverde said after the game against Getafe: “Of course, Marc is very attentive to the long balls, is what we ask. He has to cover some space in case we make the pressure up. If he assists above, better”.

Ter Stegen is the only goalkeeper who has achieved two assists in the five major leagues in Europe this season (2).