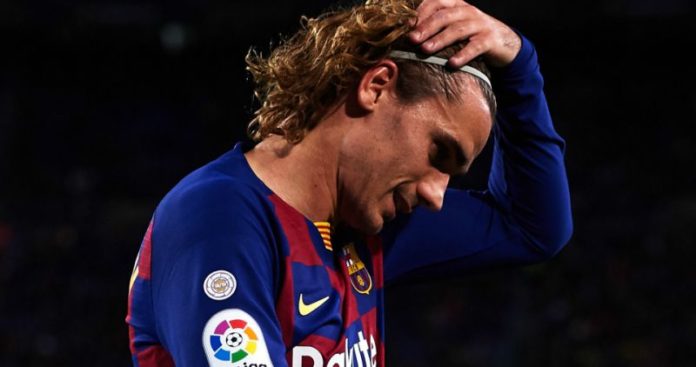 Antoine Griezmann has returned to jump to the fore. His irregular performance in his first meetings with the shirt of FC Barcelona has brought up the first criticisms towards the former player of Atletico de Madrid.

Now, after Gerard Pique and Eric Abidal, sports director, spoke on the start of Griezmann, it was the player himself who spoke of these circumstances. In an interview for ‘Telefoot’, the Barca player reviewed his first performances with the picture of Barcelona.

“It’s not the easiest place to play, it’s a new team, a different club, a new tactic. But you have to work, I’m proud of where I am,” said Griezmann, who proves to be aware of what was going to happen in Barcelona .

Among other matters, the attacker’s performance has been the center of all eyes. 4 goals and 3 assists in the first 11 League matches he has played, while on the other hand to zero in the Champions League, it is not what people expected, but the Frenchman asks for calm so that his best version is seen accompanied by Messi or Luis Suarez

“Trust me, and everything will go alone, I have to gain the trust of the team and I will be ready,” he said.

In addition, Griezmann also took the opportunity to analyze how he is on the pitch, defining himself as a player who “plays as a team.”

“I am more a player who thinks about the team, how to try to handle the movements of the other, trying to serve my teammates. And if I can score much better, but it is not my main goal, if you win all three points I will be quite happy with myself, “he concluded.

See Also
Piqué: "There is no uncoordination, Messi is a captain and has his speech, but we are aligned"