Grey’s Anatomy is the longest-running medical drama of all time on television that premiered in 2005. It is currently on hiatus from the first half of season 18 and is scheduled to return to fans’ screens at the end of the season. February through the ABC broadcast network.

When the drama first aired, it quickly became a hit as fans fell in love with the story arcs of each of the characters, the vast majority of which were played by actors who left Grey’s Anatomy with age. the passing of the years.

During all this time, there have been many characters who have walked through the Gray Sloan; but, if the production had chosen the actors that Shonda Rhimes had in mind at the beginning to play some prominent characters, it is likely that the series would have been seen in a different way from the viewer’s eye.

Perhaps some Grey’s Anatomy fans know that in the medical drama Sandra Oh, remembered for playing the iconic Cristina Yang for ten seasons, had originally been offered the role of Miranda Bailey. A role that was rejected by the actress and ended up being obtained by Chandra Wilson, one of the remaining cast members from the first season.

Grey’s Anatomy fans can’t imagine the medical drama without the existence of Alex Karev. What very few know is that the character was incorporated into the story at the last minute and after the pilot episode was shot. Shonda Rhimes and the producers realized that another male character was needed, and that’s when Justin Chambers arrived to take on the role.

It’s also hard to imagine Grey’s Anatomy without Ellen Pompeo. The interpreter of Meredith, when she auditioned for the role, she was not interested in working on television. But, after hearing comments that the series would be successful, she changed her mind. Even her fans are watching her bring to life the main character of the drama, being the highest paid of the cast.

And as for Isaiah Washington, Before landing his role as Dr. Preston Burke, the actor first auditioned for the role of Derek Shepherd. Instead, they decided to go with Patrick Dempsey. This same role had previously been offered to 911: Lone Star actor Rob Lowe, who ended up turning it down. 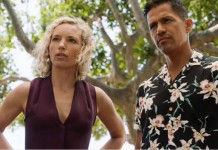 Magnum PI: CBS revealed the reason why the drama was canceled after 4 seasons 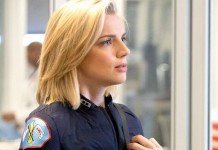 Chicago Fire Season 10: What is known about possible departure of Kara Killmer from the drama 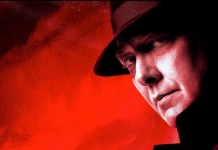 The Blacklist Season 9: The character who could end up dead before the end

Mortal Kombat: film director says violence is on the edge