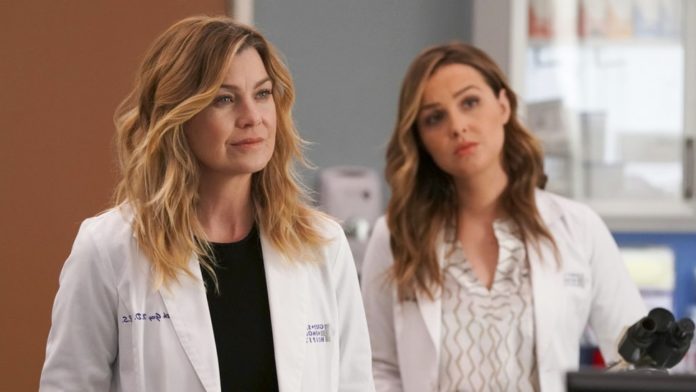 Season 16 of Grey’s Anatomy resumed a week ago in the United States. A Supernatural actress joins the cast of the series!

The season of Gray’s Anatomy 16 resumed after more than a month of absence. An actress from Supernatural will come to the series for one episode. Attention, the article contains spoilers!

After more than a month of absence, fans of Grey’s Anatomy were able to see their doctors again. However, the rest of season 16 could confuse fans since a flagship actor is missing. Justin Chambers, who plays Alex, said recently that he was terminating his contract. So, Alex left the Gray Sloan and he may well miss fans. And for good reason, Justin Chambers was in the casting since the beginnings of the series.

In addition, fans of Grey’s Anatomy really liked the duet between Meredith and Alex. Besides, some fans even wanted them to get together. However, as Alex is gone, Jo’s future looks uncertain in the series. There is little chance that she will remain married in the next episodes. In any case, another doctor could soon have a nice meeting in season 16!

GREY’S ANATOMY: A NEW ACTRESS JOINS THE SERIES!
DeLuca is no longer in a relationship with Meredith in Grey’s Anatomy. However, the doctor could soon fall into shock from another doctor. Indeed, very soon, Shoshannah Stern, known for playing in Supernatural will arrive at the casting. The latter will put herself in the shoes of Doctor Lauren Riley and she will team up with Andrew on a patient. Indeed, the latter will call on his services because he will think that one of his patients is incurable.

However, fans should not get attached to Lauren Riley in season 16 of Grey’s Anatomy. Indeed, the actress will only be present for the duration of an episode. Furthermore, it should play in episode 13 and it will take place on January 13 in the USA. Finally, we can’t wait to see how the two doctors will work together and it promises to be a nice duo.