Home News Grey’s Anatomy Season 16: What Future For Jo In The Series? 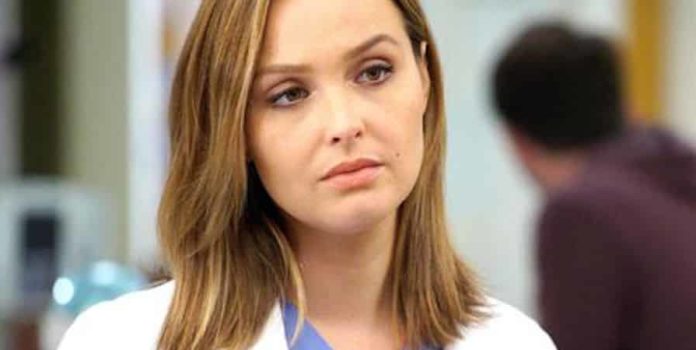 The season of Gray’s Anatomy 16 resumed a few weeks ago and fans have learned bad news. Indeed, Justin Chambers who plays Alex has chosen to leave the series and the character will not return to the small screen. Fans were all very shocked by this announcement since Alex had been there from the start. In addition, the latter had just married Jo and they were a very beautiful couple.

The fans of Gray’s Anatomy expecting much of the couple Jolex. Indeed, some saw them become parents and live happily ever after. However, Alex seems to have left Seattle to take care of his mother. Then, this Thursday evening, in the new episode of season 16, the fans learned that Alex no longer wanted to speak to Jo. Indeed, he has problems to solve in his family and he no longer has time to talk to his partner.

GREY’S ANATOMY: SOON A NEW MEETING FOR JO?
Thus, it does not smell good for the Jolex couple in season 16 of Grey’s Anatomy . Everything suggests that Jo will end her marriage to Alex. Indeed, fans will no longer see Alex in the series and it is difficult to imagine a possible relationship between Jo and Alex. Then, it is clear that the chain will have to propose a new intrigue to Jo . So, we can believe that she will meet a new person in the coming episodes. In any case, this is what we can wish for Jo.

Or else, the showrunners could break the hearts of the fans in the rest of season 16. We know that a disaster is preparing in Seattle in the next crossover of Grey’s Anatomy and Station 19. So, we can believe that production will to stage the death of Alex. This will make a moving end for this flagship character. Then, Jo will surely be collapsed and the series will be able to highlight the work around his mourning.

Fireball seen in the sky of Pará and Ceará was space...

Find out which countries spread the Corona outbreak on this real-time...