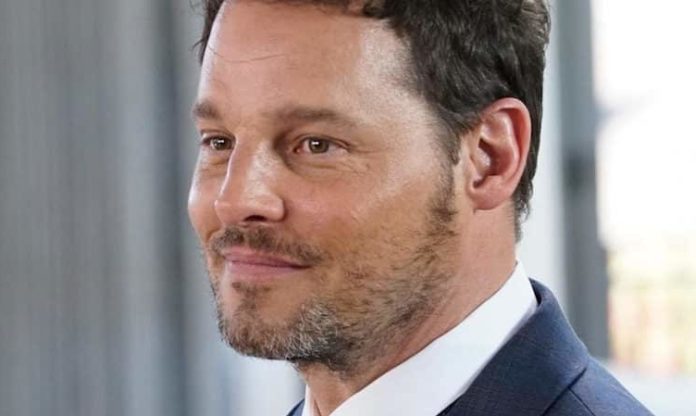 Season 16 of Grey’s Anatomy resumed a few weeks ago. In a few days, fans will know more about Alex’s departure! The season 16 Gray’s Anatomy returned to the United States. Very soon, fans will have to face the final departure of Alex Karev! Please note, the article contains spoilers.

The season 16 Gray’s Anatomy finally resumed and this season is no shortage of twists. Indeed, Meredith has finally resumed her functions at Gray Sloan and everyone is happy to see her again. Nevertheless, his couple is losing steam and it seems that a page is turning for his couple with DeLuca. Then, the fans were especially surprised by the departure of a flagship character.

Several weeks ago, Justin Chambers who plays Alex announced that he was leaving Grey’s Anatomy. The actor wants to embark on new projects and he thinks he has toured his character. Nevertheless, the fans were all angry because Alex left the hospital suddenly without saying goodbye. So they expected a little better from production and hoped to have answers.

However, do not panic, season 16 of Grey’s Anatomy intends to clarify the departure of Alex. Next week, in episode 16 of the new season, fans will be able to say goodbye to the character. Thus, they will have all the answers to their questions and this episode promises to be moving.

GREY’S ANATOMY: AN EPISODE THAT PAYS TRIBUTE TO ALEX
The ABC chain wasted no time in unveiling the trailer for episode 16 of season 16 of Grey’s Anatomy. Thus, this episode will retrace all of Alex’s journey in the series and this may touch fans. The public can already prepare the handkerchiefs because this episode promises to be intense. Doctors will face their past and fans will have many Alex flashbacks with Meredith and Jo.

Thus, fans of Grey’s Anatomy may well be nostalgic at the end of this episode. However, it is an honorable way to bid farewell to this flagship character one last time. As a reminder, Alex has been present in the series since its inception and it therefore deserves a very good start.

However, through this episode, fans will be able to see other flagship characters. Indeed, the flashbacks will show Cristina, George or even Izzie. At the same time, Bailey and Ben will have to make an important decision and fans can expect the worst…