Home Entertainment Grey’s Anatomy: Scandal on set by member who falsified stories for the...

Grey’s Anatomy is the longest-running medical drama of all time on television, currently airing on ABC in its 18th season. Renewed for an upcoming installment, surely the series that follows Ellen Pompeo’s character, Meredith Grey, will keep millions of viewers hooked with the fascinating stories that have accustomed them since it debuted in 2005.

Grey’s Anatomy’s engaging storytelling has always been a key element of the show. In addition to the quality of interpretation of each of her characters, the stories presented on the screen are largely one of the attractions that has captured the attention of millions of viewers around the world.

On the ABC series, some of these stories are the product of the creativity of the writing staff behind the long-running medical drama Grey’s Anatomy. However, there are others that the series has included in its narrative that are taken from real life, and brought to the screens of fans with the touch of authenticity that characterizes the hit show.

And is that speaking of true stories, this week a scandal arose on the set of Grey’s Anatomy, after one of the members of the production team of the medical drama, apparently involved in taking real life events as his own, for later bring them into the narrative of the ABC series.

It turns out that a Grey’s Anatomy writer is currently under investigation by Disney’s human resources department for apparently misrepresenting stories as her own and experienced by her in real life, when they actually belong to someone else. This member of the production, she wrote one of the most forceful episodes of Grey’s Anatomy in 2019, the 19th of season 15 which was titled “Silent All These Years”, where she also acted as a nurse.

Grey’s Anatomy writer Elisabeth Finch has been suspended while Disney investigates whether she fabricated past ailments and a history of abuse that became pivotal plotlines in ABC’s hit medical drama. According to The Hollywood Reporter, Disney’s legal department is also trying to determine if any of the elements of the writer’s alleged past were experienced by her.

This certainly suggests that Disney requires permission to narrate any real-life story in the Grey’s Anatomy drama, which is endorsed by the affected person who experienced it. In Finch’s case, she apparently took on the experiences of her wife Jennifer Beyer (whom she is currently divorcing according to Finch’s attorney) and brought them onto the show without her authorization. 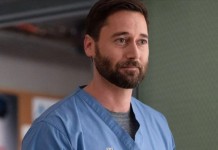 New Amsterdam Season 4: Showrunner Reveals What To Expect From The Final Episode On NBC 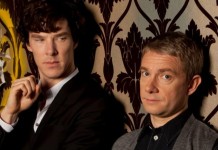 Black Panther: Okoye, by Danai Gurira, To Have spin-off Series on...