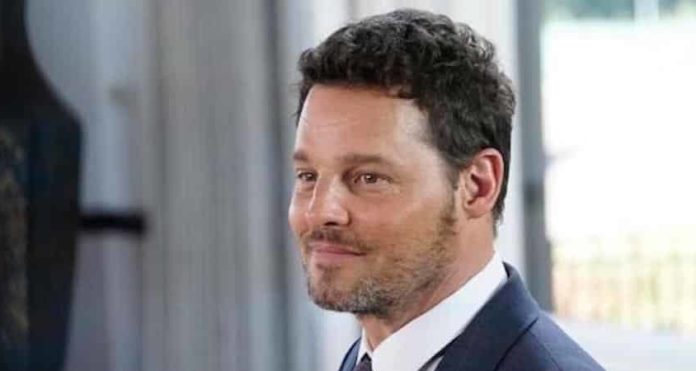 Notice to fans of Grey’s Anatomy! The fate of Alex Karev (Justin Chambers) in season 16 will not please you … We tell you everything!

Without noises, actor Justin Chambers leaves Grey’s Anatomy! The series which has lasted for 15 years has experienced many twists and turns! Lately, the fate of Alex Karev is making a lot of talk!

DEPARTURE FROM ALEX KAREV: THE ANGERS
Patrick Dempsey, Sandra Oh, Sarah Drew and Jessica Capshaw have all left Grey’s Anatomy during the seasons. Fans are therefore used to seeing their favorite characters leave. But with some actors, the pill goes wrong! When the fans understood the departure of Justin Chambers they took it very badly!

Indeed, the interpreter of Alex Karev left Grey’s Anatomy on tiptoe . The last episode in which we see him play dates from November 2019. Only in January 2020, there was an official announcement regarding his departure! The fans took it very badly, especially since the actors generally left with great fanfare. The writers organized a discreet departure.

IN GREY’S ANATOMY, ALEX NO LONGER ANSWERS JO’S CALLS!
Thus, the way of leaving the character of Grey’s Anatomy very disappointed the fans. Indeed, a fan said on Twitter ” I haven’t spent 16 years of my life watching Alex Karev go from an absolute asshole to a great guy who people can count on, and have had the most beautiful evolution , just to see him do that to him! ” Indeed, in the episode of 23 January, we learn from Alex get to visit her mother. Then, in the episode of February 13, Jo explains that he is not there because ” he is going through a difficult period”, he also stopped responding to his texts.

So the fans are angry to see Alex Karev leave this way. They even think it is a lack of respect for the character. Some fans reacted: ” If Alex has to disappear, can you at least give him an end to the Grey’s Anatomy and kill him?” Because I don’t want to believe that he could hurt Jo when he has changed so much! “