Home Entertainment Grey’s Anatomy: Camilla Luddington reveals which character from the past should return 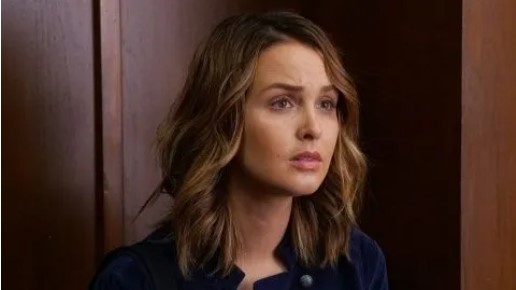 Grey’s Anatomy is the longest-running medical drama of all time on television. The series is currently on the air with its season 18 through the ABC transmission chain, whose beginning was marked by the return of two characters from the series’ past, as happened with the previous installment when they brought back several of fan favorites.

Let’s remember that with Grey’s Anatomy season 17, fans were able to delight in the return of Derek Shepherd, Lexie Gray, Mark Sloan and George O’Malley. His appearances caused a huge surprise to fans of the drama, leaving everyone in a state of shock, and formulating some theories about which other characters could be back in this fascinating story that began in 2005.

Just before Grey’s Anatomy season 18 hit screens, fans began to formulate a theory hinting that Arizona Robbins (Jessica Capshaw) would return with the current installment. Soon after, Camilla Luddington, who plays Jo Wilson, shared that the fan hypothesis seemed perfect, especially after the announcement of the return of Kate Walsh as Addison Montgomery for a couple of episodes.

In this regard, during an interview with Entertainment Tonight, Luddington was asked who else from Grey’s Anatomy’s past he would like to see Gray Sloan re-enter, and the actress immediately replied that it was Arizona Robbins. This was said by the Jo Wilson interpreter at the time:

“I was talking to Capshaw yesterday and I would love for Arizona to come back. I just adore her, and I think the character is amazing. Jessica is amazing. ”

Based on fan theory, Luddington reinforced viewers’ opinion by saying that Jo and Arizona could work together on Grey’s Anatomy season 18, as Jo Wilson just became an OB / GYN resident at Gray Sloan for back then. She also added that her presence would help the character learn a thing or two from the fetal and pediatric surgeon.

“I would love for her to come back and work with Jo now that she is Jo’s OB.”

As of yet, the Grey’s Anatomy production has not confirmed Arizona’s return to the full-length drama. With rumors about the show’s early conclusion, it’s likely that characters from the show’s past will continue to appear, who at some point featured quite interesting story arcs and consequently contributed to the show’s high ratings.

The Batman: New Image and Teaser With The Voice of Robert...