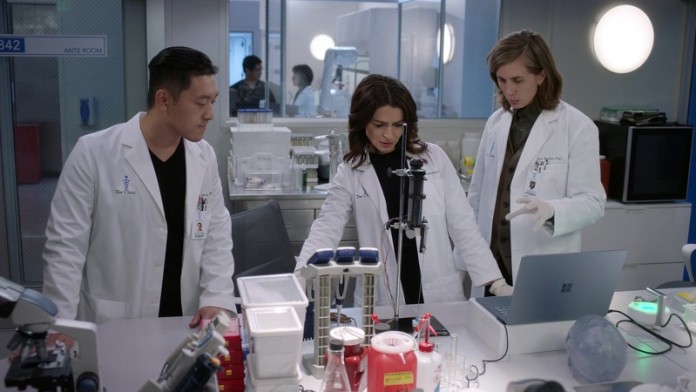 Grey’s Anatomy: Last Thursday (9), Grey’s Anatomy fans were able to check out an episode somewhat different. Despite the medical conflicts already known to the public being visible and constant, the novels were practically the main focus of the title “Today Was a Fairytale”, showing how the characters were dealing with their respective partners.

That way, find out everything that happened in the last episode aired by ABC of the channel’s medical series with our recap!

Grey’s Anatomy 18×7: How are the couples at the Gray Sloan Memorial Hospital doing?

A lot of sexual and romantic tension marked the airing of episode 7 of season 18. And while its title indicates that eventually things could go very well for some couples, in practice, that’s not quite how it worked out.

For starters, Maggie (Kelly McCreary) and Winston (Anthony Hill) had a long time together as they spent the entire day in the shift room worrying about Maggie’s adoptive father. Meanwhile, Bailey (Chandra Wilson) felt slighted by Winston and Meredith (Ellen Pompeo), who were supposed to accompany her to a convention for medical students.

The series’ protagonist was in Minnesota working intensively on an ambitious project involving Parkinson’s disease. With a potent team at her disposal, including neurosurgeon Amelia Shepherd (Caterina Scorsone), Meredith had had an interesting reunion with Nick (Scott Speedman), an old love.

Back in Seattle, Link (Chris Carmack) was off with Jo (Camilla Luddington) and the two were off together with their kids towards a park. There, everyone notices the presence of a theater troupe and watches a production by Rapunzel. However, the actor playing the prince ends up getting hurt and the pair need to rescue him before the worst happens. Upon sending him to the hospital, Link operates him with Teddy (Kim Raver).

After things work out, Link confesses that he once took an interest in Jo, but mentions it with complete casualness. However, she is in shock as she realizes that she may also have a keen interest in the orthopedic surgeon. Although Jo tries to find out, indirectly, how Link feels about her, she understands that he is still in love with Amelia.

While all of this is important, the episode still focuses on Minnesota, where David (Peter Gallagher) seems uncomfortable with the results of Meredith’s project. Amelia and Kai (ER Fightmaster) have more moments together, deepening their relationship considerably. Even so, when they say goodbye to Amelia’s return, not even a hug they can exchange.

Meredith had operated on a man named Brian with Nick, and when she discovers the patient is one of his childhood friends, tensions rise. Everything goes well until Meredith has the help of a very competent resident who is also a fan of the surgeon. She later discovers that he is also a Bailey fan and the two embark together, at the end of the episode, heading for Seattle.

Will we have a new recurring character in production? Let’s wait for the next episode!

Big Brother Spoilers: who became the head of the family in...