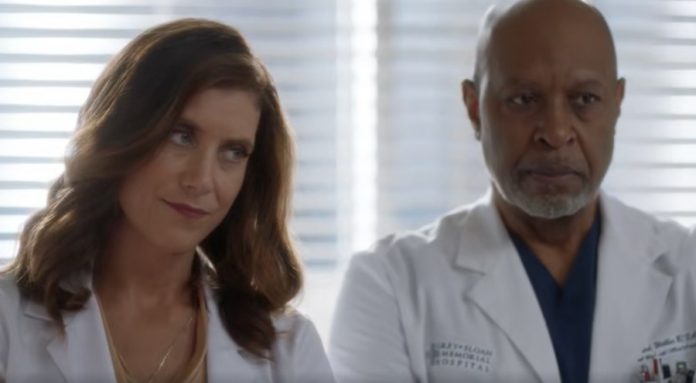 Grey’s Anatomy: After the return of Addison Montgomery (Kate Walsh) to the 18th season of Gray ’s Anatomy was announced by ABC, fans have already started to speculate about what it would be like to participate in the series. The wait was finally over and, on the night of last Thursday (14), the audience saw a long-awaited reunion between the character in question and Meredith (Ellen Pompeo).

So, find out all about the titled “Hotter Than Hell” by reading our full recap!

Back at Gray Sloan Memorial Hospital, Addison appears as a backup to Richard (James Pickens Jr.) in order to help him lead a group of knowledge-hungry residents. With a very important case in hand, the pair intends to captivate developing surgeons by making them participate in the institution’s first uterine transplant.

Although Levi (Jake Borelli) is the most successful among his colleagues to accompany the doctors on the difficult mission, complications arise at the hospital and Meredith is asked by Addison to collaborate on the operation. The surgery is a success and everything goes as expected by the doctors. However, gossip about Mer and Addison is already circulating among the residents.

At this point, the two pretend to support each other only professionally. But when they enter the elevator, they both start laughing at the situation. Alone with Meredith, Addison reveals that returning to Gray Sloan made her realize that she was very fond of Derek as a great friend and that her death was insurmountable. Thus, the famous neonatal surgeon begins to cry and unburdens herself with her ex-husband’s widow.

In a very profound way, Meredith invites Addison to meet her children, after all, she had been away from Seattle for a long time and when Zola was finally adopted, Addison had already said goodbye to her colleagues.

With a comfortable hug, any and all misunderstandings that might have been about the two disappear. Even so, as they exit the elevator, residents believe Meredith made Addison cry over a fight.

Alongside this, other characters were also featured in the episode. This is the case with Winston (Anthony Hill), who is still helping his patient Rashida get a kidney transplant. Owen (Kevin McKidd) tries to talk to Noah, his patient from the previous episode, who can help him on an important mission.

Only Murders in the Building, Season 2, Review