Home Entertainment Greyhill’s Incident with the Alien Horror Game Looks Like Signs of an... 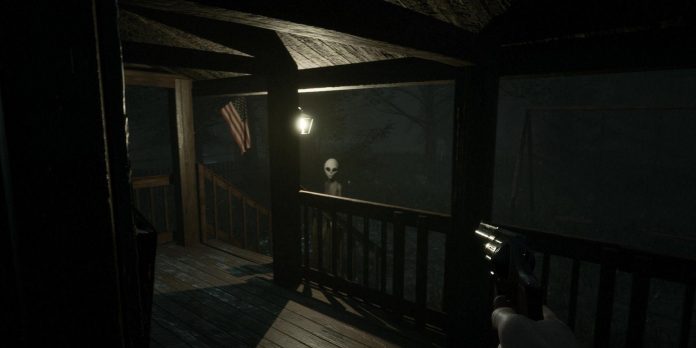 In 2002, M. Night Shyamalan released his sci-fi horror film Signs, depicting an alien invasion of Earth from the perspective of a preacher/farmer from Pennsylvania and his family. “Signs” became a hit at the box office and earned high praise from critics for its frightening and surprisingly realistic depiction of an alien invasion. Now it seems that Signs directly inspires a brand new survival horror game with similar themes, Greyhill Incident from Refugium Games.

Greyhill Incident is a Survival Horror game about an alien invasion. As in “Signs”, the action takes place in rural areas of the USA, showing how an ordinary person will cope with such a threat. It’s clear from the Greyhill Incident trailers that the game draws inspiration from Signs, with obvious references to the movie. This is most evident at the end of the latest Greyhill Incident trailer, where the player character hears strange sounds from his radio that mimic similar sounds from Signs, as well as with the character Bob “Madman” Baker, who wears a foil cap very similar to Joaquin. The Phoenix character in the movie. There are other similarities between the Greyhill Incident and Signs, although fans will have to wait for the release of the game in the spring of 2023 to find out what they are.

However, the Greyhill incident seems more fantastical in depicting an alien invasion. The signs didn’t actually show as many aliens during its execution, except for the climactic confrontation. However, it seems that the Greyhill Incident will involve several encounters with hostile “Gray” aliens, and players will have to run and hide from them or attack them head-on with a revolver. The trailer also shows huge UFOs in the process of kidnapping someone from home, mutilated cattle and much more.

While the Greyhill Incident is clearly inspired by the Signs, it also seems to take a page from the Outlast book, at least when it comes to its general presentation. Greyhill Incident has a visual style similar to Outlast, and although the player character does not use a camera with night vision, the game world is still illuminated by a creepy green glow thanks to UFOs. But while Outlast games in most cases make it difficult, if not impossible, for players to fight back against the threats that threaten them, Greyhill Incident will allow players to shoot at aliens.

There haven’t been many alien invasion horror games in recent years, so Greyhill Incident has the opportunity to occupy a good niche in the sci-fi horror world. Fans will find out next year whether he meets the high standards set by his inspiration.

Greyhill Incident is coming out in the spring of 2023 on PC.