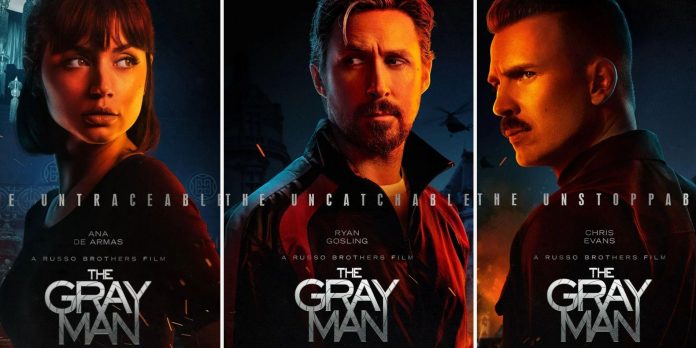 Netflix is in a quandary from a variety of perspectives, and it looks like most of their customers are finding reasons to cancel their subscriptions. Among the many complaints, some more well-founded than others they have attracted, concerns about their recent original cinematic efforts have been extremely common and well-deserved.

Netflix, like most streaming services, has evolved from a service popular for its library of movies and TV shows into a delivery system for its original content. Streamers follow the path of TV channels with all the pros and cons that follow from this. Most of the big names are TV series, and films marked with this brand often do not enjoy much success.

After a short limited run, the Russo brothers’ action movie “The Grey Man” was released on Netflix. The movie is fine. It’s well-played and the action is solid, but the story is a patchwork of other top films, and the script will struggle to pass muster in the sequel to Taken. This is an adaptation of a novel that languished on the shelf for years before it found its original form. Such films are being shot all the time, and by the end of the year they will most likely be forgotten. However, the marketing part of the film is entirely based on the most superficial elements of its presentation. The only thing most people knew about it was that Ryan Gosling, Chris Evans and Ana de Armas were starring, and the Russo brothers were directing. Posters and advertisements told little about the narrative or the source material and a lot about the stars. This is not a means to promote the career of celebrities, it is the use of their influence and goodwill to promote the film. And this is a template for Netflix movies.

There are many films that “Grey Man” would remind an ordinary viewer, but from a marketing point of view, it most resembles “Red Notice”. This is an ordinary action movie that demonstrates its full value as a product that collects box office receipts of its stars. This film attracted Ryan Reynolds (who directed several of these projects for Netflix), Gal Gadot and Dwayne “The Rock” Johnson. Another major actor, famous for his role as a Marvel hero, another extremely influential leading lady and another beloved Hollywood prop. It’s more of a typical snarky heist movie than a regular movie about a dedicated killer, but it’s still a mechanical filmmaking. And, like “The Gray Man,” he completely sold himself on the cast list. The trouble is, it worked.

In the 80s, the militants were assembled by choosing a name from a small list of acceptable tough guys and throwing darts at a board with locations, periods and McGuffins. For a while, adaptable source material became a big draw, which led to the emergence of many comic book action movies that were not really considered superhero movies. Today we are back to general garbage construction and financial support, entirely due to the names of the attached stars. However, perhaps these famous films are even less creatively meaningful than the old blockbusters of the 80s. “Remember Everything”, “Conan the Barbarian”, “Terminator”, “Predator”, “True Lies” and many other wonderful films of completely different genres were released together with Arnold. These films were made with the promise of his box office, but they surpassed his big silly action movie label to create something special. The original Netflix movie model doesn’t have the same ambitions as James Cameron or John McTiernan. It seems that they actively resist the attempts of good directors to innovate.

The Grey Man was one of the most expensive streaming projects ever created, but most of that money went to stars and directors. He doesn’t have the visual effects of a $200 million movie, but he definitely has talent that can be bought for that price. It’s impossible to know what standards Netflix bosses have regarding movies, but the fact that there are so many great examples of this problem with marquee movies suggests a pattern. From Bright to The Adam Project, Six Underground, Spencer Confidential and so on. These are all ordinary films with big stars, sometimes shot by talented figures, and almost nothing in terms of original ideas. Fortunately, there is a force in the market that Netflix could learn from; its own streaming series.

Yes, everyone in “Very Strange Things” is now a star, but the only big name in this series before its launch was Winona Ryder. Netflix series sell themselves thanks to their content and their ideas, and they are much more popular than the best-selling movies on the service. Is there a reality in which fans of “Very Strange Things” will keep a Netflix subscription when the show’s final season ends to see “Red Notice 2”? Of course not. The real advantage of Netflix is the creative stories told by talented visionaries, but the only thing the service is interested in bringing it to the big screen is blockbuster screenings for already famous celebrities.