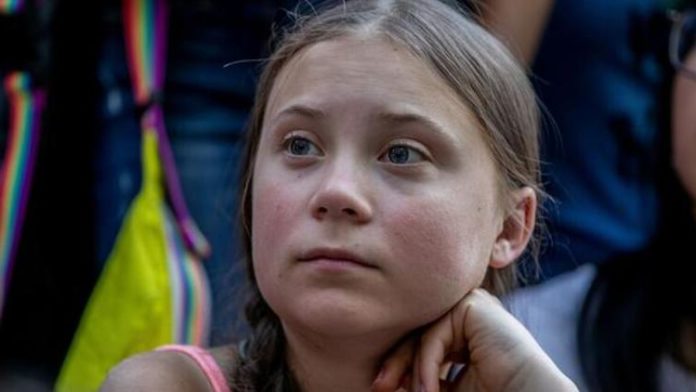 Swedish climate activist Greta Thunberg announced that her name and the ‘Fridays for the Future’ movement she founded have filed for patent. Thunberg stated that he had taken such a step to prevent commercial beneficiaries.

One of the most talked about names of the past year, 17-year-old climate activist Greta Thunberg continues to be on the agenda with her actions and statements. Thunberg, who shared a post on his personal Instagram account, said there were people who were marketing, selling products and collecting money for himself and his movement.

The Swedish climate activist, who complained that he was the one who communicated with senior people, politicians, the press and artists, claiming that he represented him, declared that his name and the ‘Fridays for the Future’ movement he established filed for patent.

“I guarantee you, I or other people involved in the movement have no desire to brand. However, unfortunately we have to comply with this,” Thunberg said that they have set up a foundation with their family to deal more financially and transparently with the financial aspect of the ‘Friday for the Future’ movement. Underlining that the foundation in question is not for profit, Thunberg said that their aim is to support ecological, climatic and social sustainability and mental health.

Impostors, trademarks, commercial interests, royalties and foundation… First: Unfortunately there are still people who are trying to impersonate me or falsely claim that they "represent" me in order to communicate with high profile people, politicians, media, artists etc. Please be aware that this is happening and be extremely suspicious if you are contacted by ”me” or someone saying they ”represent” me. I apologize to anyone who has been contacted – and even misled – by this kind of behavior. Second: My name and the #FridaysForFuture movement are constantly being used for commercial purposes without any consent whatsoever. It happens for instance in marketing, selling of products and people collecting money in my and the movement’s name. That is why I’ve applied to register my name, Fridays For Future, Skolstrejk för klimatet etc as trademarks. This action is to protect the movement and its activities. It is also needed to enable my pro bono legal help to take necessary action against people or corporations etc who are trying to use me and the movement in purposes not in line with what the movement stands for. I assure you, I and the other school strikers have absolutely no interests in trademarks. But unfortunately it needs to be done. Fridays For Future is a global movement founded by me. It belongs to anyone taking part in it, above all the young people. It can – and must – not be used for individual or commercial purposes. And third: together with my family I’m setting up a foundation. It’s already registered and existing, but it not is not yet up and running. This is strictly nonprofit of course and there are no interests in philanthropy. It is just something that is needed for handling money (book royalties, donations, prize money etc) in a completely transparent way. For instance, taxes have to be paid before we can give them away to specified purposes and charities. This takes a lot of time and work, and when the foundation is fully up and running I will tell you more. The foundation’s aim will be to promote ecological, climatic and social sustainability as well as mental health. Love/ Greta

Thunberg, who refused to go to school on Fridays to protest the Swedish government’s policies on climate change in 2018, made his name heard in front of the Swedish parliament. The 17-year-old activist, who made a great impact in a short time, became one of the symbol names of the fight against climate change.

Thunberg, which made its name heard all over the world thanks to the impressive speech it gave at the United Nations Climate Summit held in New York in September of last year, also marked social media with a look at US President Donald Trump. The Swedish young environmental activist was named ‘Person of the Year’ by TIME magazine in 2019.