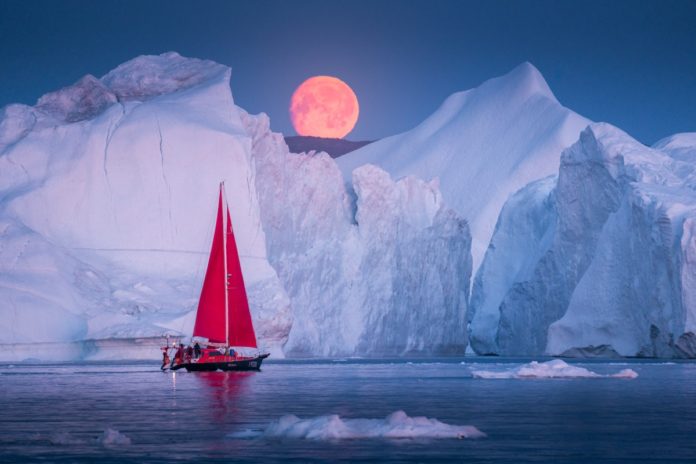 Perhaps the greatest impact of global warming is the melting of glaciers. Glacial melts, which cause the water level to rise a little higher each year, make the coastal cities vulnerable to the threat of flooding. According to the latest figures, Greenland ice cover lost 3.8 trillion tons of glacier in 17 years.

The measurements on Greenland’s ice cover are a very dark scenario. According to the measurements, approximately 4 trillion tons of ice has been melted since 1992 and the water level has increased by 10.6 millimeters. This loss of ice cover has accelerated since 1990, and experts point out that if the melting continues in this way, the dark scenarios predicted by global warming in the future are not too far.

Greenland, which has the largest ice cover after Antarctica, is home to enough ice to raise the water level by 7.4 meters. The area is being monitored by the satellites of NASA and the European Space Agency. The observations provide detailed data on the changes in ice cover and the impact of climate change on glaciers.

According to the measurements, 3 trillion tons of ice melted in Antarctic glacier from 1992 to 2017. Measurements in Greenland show that the situation has become even worse. Since 1992, 3.8 trillion ice mass has been found to melt. Most of these losses; It consists of melting glaciers and masses of ice falling into the ocean because of the heat. This process, which has accelerated since 1990, causes about 18 billion tons of ice to melt annually.

Researchers, based on data from satellites, if the glacial cover continues to melt at this speed, water levels may rise to 7 cm; this, in turn, leaves the coastal cities vulnerable to the threat of flooding.

The IMBIE team underlined that there is no precise way to measure the loss of ice cover before 1992:

The reason for this is the lack of the necessary tools before 1992. There are also some inconsistencies in the studies conducted to measure the changes in the ice cover in Greenland.

It is a fact that the losses of ice cover make people living on the coasts more vulnerable to floods every day. If the necessary measures are not taken soon, the future of humanity can be directed in an undesirable direction.

Scientists Explain How Cancer Can Be Treated in One Second