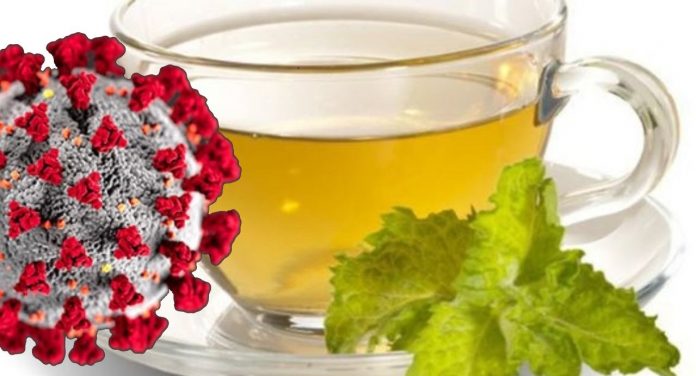 A study conducted in the USA revealed that green tea inhibits the Covid-19 virus. Accordingly, it was claimed that a substance found in green tea prevents the new type of coronavirus from attaching to human cells. “Epigallocatechin Gallate from Green Tea Effectively Blocks Infection of SARS-CoV-2 and New Variants by Inhibiting Spike Binding to ACE2 Receptor”, published as a pre-print in the medical journal BioRxiv, has not yet been reviewed by the reviewers.

It prevents it from clinging to the cell

The herb, which has been consumed in Asia for many years, has high anti-inflammatory and anti-oxidative properties that can help reduce the risk of developing severe Covid-19 symptoms, according to research. It has been stated that the substance called epigallocatechin gallate (EGCG) in green tea prevents the spike protein of SARS-CoV-2, which causes corona virus, from attaching to angiotensin Converting Enzyme 2 (ACE2) receptors.

Scientists reported that ACE2 receptors function as a “lock” that opens the cell door to the corona virus. ACE2, an enzyme attached to the outer surface (cell membrane) of cells in the lungs, arteries, heart, kidneys and mucous membranes and intestines, plays a role in lowering blood pressure. But these cells also allow the coronavirus to enter the cells, causing the virus to progress in the body, especially the lungs.

The research team, to examine the effect of green tea on emerging variations of the coronavirus, contains a single mutated K417N, E484K, N501Y, D614G and S proteins with full set mutations of B.1.1.7, B.1.351 and B.1.42 with multiple created several pseudoviruses (artificial viruses). These pseudoviruses were then transfected into HEK293T-hACE2 cells in plasma cells from volunteers. It has been stated that epigallocatechin gallate (EGCG) in green tea provides protection in transfected cells.

The results showed that green tea, the original version of the virus, D614G, B.1.429 found in California, effectively prevented the infection from B.1.351 originating in South Africa. The researchers also suggested that EGCG may also be partially protective against B.1.17, known as the British variant.

On the other hand, scientists have stated that EGCG is the strongest inhibitor for viral infection. EGCG accounts for more than 50 percent of the catechins found in green tea beverages.

You can write your views on this scientific research in the comments.

Fans were touched by Damon’s kind gesture in the “House of...