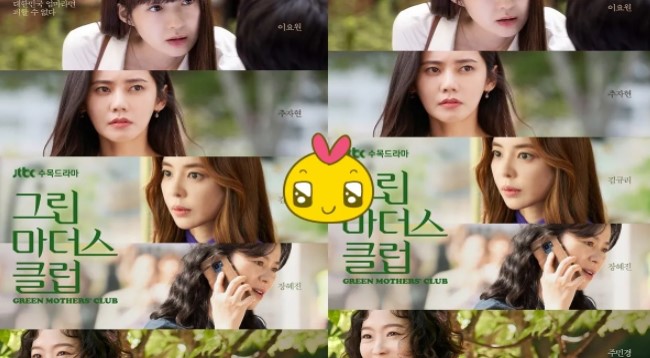 Attention! drama fans. We have a new update about the K-Drama ‘Green Mothers‘ Club’.

In previous days, a statement was released about the new K-Drama of the JTBC television network. It was an introductory teaser about the characters of the new Korean series called ‘Green Mother’s Club’.

This time a new preview of the K-Drama is released. This story is about the dangers of friendship in the neighborhood and the friendship that develops in adulthood through an elementary school mothers club.

THE FIRST TEASER OF THE K-DRAMA ‘GREEN MOTHERS’ CLUB’

This advance was published through the YouTube channel and we know the mothers belonging to this club. Each one introduces herself by giving her name after ringing a doorbell.

The first sneak peek appears to have a mystery concept, as each of the mothers enters through a hallway and looks curiously at the intercom.

The background music gives a touch of comedy and thus makes the atmosphere calmer for the viewer and with a background of pastel colors.

On this occasion, the television network released a new preview of its next production. It is about the closeness of the characters played by actresses Lee Yo Won. Chu Ja Hyun, Jang Hye Jin, Kim Kyu Ri, and Joo Min Kyung.

These characters are very different from each other and have different lifestyles as well as their personalities.

Lee Eun Pyo is a homemaker, she received quite a prestigious education, while Byun Choon Hee, is the queen bee of the neighborhood and lives across the street.

In this teaser we see how the five mothers introduce themselves, mainly about the strange friendship that will form between the aforementioned characters.

In the teaser we see how mother Lee Eun Pyo, who recently moved to the special education district, finds the rules of the association surrounding Byun Choon Hee strange.

Lee Eun Pyo is an inexperienced mother and asks Byun Choon Hee for help. This character gives her advice that she has to find the method that works for her son on her own. It won’t be resolved even if you listen to her advice.

The premiere of this drama will take place on April 6, 2022 and is from the JTBC television network.

Then we leave you the teaser.

At the moment we remain excited about the new teaser and we wait for the premiere date of this drama, which we will undoubtedly love.

Among other news. More members of Stray Kids positive for COVID-19. Who is it about? Keep reading.

Jackson Wang Surprises His Dad On His Birthday

Does Lady Gaga belong to a cult? This is the truth