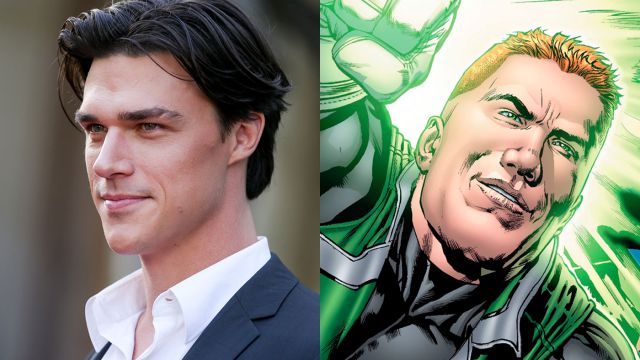 Green Lantern: The next series Green Lantern Corps for HBO Max already has one of its main protagonists with the actor from American Horror Story or Ratched.Green Lantern Corps, one of the new DC series that Warner Bros. is preparing for its universe of film and television superheroes, already has one of its main protagonists confirmed. So much so, that Variety has announced that actor Finn Wittrock (known for his roles in series such as American Horror Story or Ratched) is chosen to play Guy Gardner, one of the most famous Green Lanterns alongside Hal Jordan or John Stewart. .

Official description of the character

But there is more; so much so, that the same medium in sharing the news of the Green Lantern Corps cast, has also published the official description of Guy Gardner’s character, a description very attached to the character’s personality in DC comics, with “a great masculinity and, as shown in the comics, an embodiment of 80s hyperpatriotism. And yet, Guy is kind of likeable. ”

The story spans decades and galaxies, beginning on Earth in 1941 with the first Green Lantern, secretly gay FBI agent Alan Scott, and in 1984, with the cocky alpha male Gardner and half-alien Bree Jarta. They will be joined by a host of other Lanterns, from comic book favorites to never-before-seen heroes, ”concludes the series description.

Green Lantern Corps is showrunner by Set Grahame-Smith, in addition to Greg Berlanti, Marc Guggenheim and Grahame-Smith himself serving as executive producers; Curiously, both Berlanti and Guggenheim have already worked as screenwriters on the 2011 film Green Lantern starring Ryan Reynolds, so Warner Bros. blindly trusts that team to bring a new generation of Green Lanterns to the small screen; Will they also reach DC movies as Marvel Studios does with its Disney + series?

E3 2021: Check Out The 5 Biggest Disappointments Of The Event