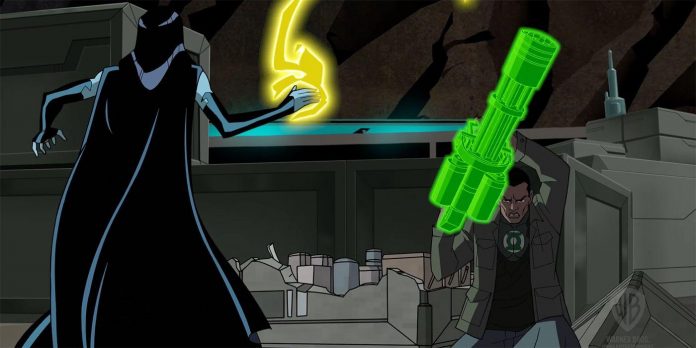 Screen Rant is pleased to present an exclusive synopsis of “Green Lantern: Beware of My Power,” DC’s newest animated film dedicated to Jon Stewart. The latest DCAU recording, released on July 26 on 4K, Blu-ray and DVD, was directed by Jeff Wamster (responsible for the Guardians of the Galaxy series) and written by John Semper (who wrote the script for the Static Shock series) along with Ernie Altbaker. (Dark Justice League: Apocalypse War).

In the exclusive Screen Rant clip from the movie “Green Lantern: Beware of My Power”, viewers can see how John joined forces with Green Arrow (voiced by Jimmy Simpson), Adam Strange (Brian Bloom) and Hawk Girl (Jamie Gray Hyder) to understand the initial moment of the Early Thanagarian War. However, when they begin their silent investigation, they are ambushed by powerful villains and must protect themselves and each other to the best of their abilities.

Although “Green Lantern: Beware of My Power” is not part of the DCAU canon, it is a continuation of the DC animated films that began in 2020. Fans affectionately call it “The Universe of Tomorrow.” The new set of stories includes “Superman: The Man of Tomorrow”, “Justice”. Society: World War II and “Batman: The Long Halloween”, consisting of two parts.

Given that Jon Stewart has been a part of the DC comics world for over 50 years, since his 1971 appearance in Green Lantern #87, it’s fitting that he’s finally being given his due as a leading member of the Justice League. Presenting not only his heroic story in “Green Lantern: Beware of My Power,” but also his potential love interests in “Hawk Girl” and “Vixen,” the path is paved for Stewart to play a much more important role in DC animated films in the future.