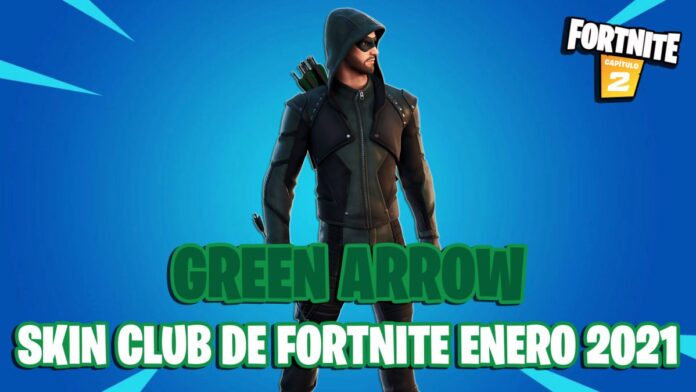 It is confirmed that the DC Comics Green Arrow skin will be the gift that subscribers to the Fortnite Club will receive in January 2021. We tell you about it.

During the second week of December 2020, DC Comics’ Green Arrow skin was leaked in Fortnite. On December 23, it was officially confirmed that it will be a free skin in January 2021 if we are subscribed to the Fortnite Club. We tell you everything we know about this new skin from Season 5 of the Battle Pass of Fortnite Chapter 2:

Fortnite: the Green Arrow skin will be a gift in January 2021

The original story is as follows: At around 12:50 PM CET on December 15, 2020, Twitter user arusaurZ_YT uploaded the following post to his personal account. In it, we can see an image of the Fortnite box office in which the Green Arrow skin appears, along with his own backpack and peak, all of them with the rarity of the DC Comics Series in Fortnite:

We would consider this information doubtful on its own. However, this same user then uploaded a video clip directly from his PS4 or PS5 console (because the tweet appears as published from PlayStation Network), in which the Green Arrow skin can be seen in motion