Home Science These are the most greedy bees that become queens 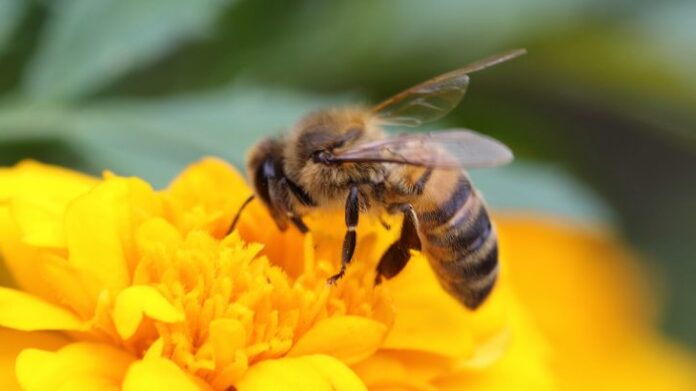 At the heart of a honey bee hive, a single queen sits. She is the only one who can give birth. Researchers have looked into the link between the possibility of giving birth and the diet of the larvae … What if, until now, we have been looking at this problem the wrong way?

Since the late 1890s, scientists thought that a bee larva became queen thanks to a biological active ingredient, present in the royal jelly on which it is nourished. After more than a century, it is clear that this asset has still not been identified. And maybe it doesn’t exist. In a study published in Proceedings of the Royal Society B: Biological Sciences, researchers support another hypothesis: the influence of the amount of food.

They fed larvae of Apis mellifera on nine diets, varying in quantity of royal jelly and sugars, to observe the impact of royal jelly. But these also differed in the overall amount of food. One of the schemes was even granted ad libitum, that is to say at will. Once the larvae became adults, the researchers compared their level of royalty using statistical tools. Since they had been able to determine that a component explained 64.4% of the differences between the queens, fertile, and the workers, sterile.

Reproductive capacity would be induced by diet

And the verdict fell. The content of royal jelly and sugars had no significant effect on the royalty of bees. On the other hand, the total amount of food played a big part! The large quantities induced characteristic features of the queens. And the larvae fed ad libitum were very similar to the queens they took for comparison.

However, in solitary bees, which are the ancestors of social bees like Apis mellifera, all female bees can reproduce. The researchers deduce that the queens would not be fed to become queens, but rather that the workers would lose their reproductive capacity (and other characteristics) by dietary restriction. And perhaps by the ingestion of molecules inhibiting the development of the ovaries.