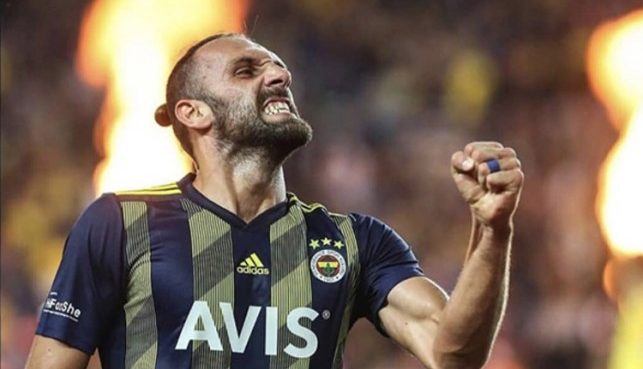 It turned out that Fenerbahçe’s form-striker Vedat Muriqi received an astronomical offer from England. It was stated that Burnley, one of the Premier League teams, offered 28 million euro for Vedat Muriqi, but Fenerbahce did not accept it.

The demands of Fenerbahçe’s Kosovo striker Vedat Muriqi are increasing day by day. Many clubs in Europe closely follow the 25-year-old footballer. Tottenham, one of the prominent clubs of the Premier League, recently contacted the yellow-dark blue administration and stated that he wanted to transfer Muriqi.

But the most concrete step came from Britain’s Burnley team. Burnley, who is currently 13th in the Premier League, offers a 28 million euro test fee for the Kosovo football player, but this offer was found to be low by the yellow-navy.

There are two important reasons why this attractive proposal is not accepted, one is sporty and the other one is administrative. The first team needs Vedat Muriqi in the championship race. Therefore, the departure of the striker means that the hopes of championship are completely over.

FAST TIME AT THE MOST RIGHT TIME

In addition, the management plans to sell Vedat at the right and most valuable time. This time has not come yet. The idea is that the Kosovo player has the potential to exceed 28 million Euros. Therefore, the money from the football player will be important for the future of the club.

In particular, the administration still has not been able to find a complete way out financially. With the Champions League revenue and over 28 possible sales of Vedat, it is aimed to close a significant part of the debts and to make the club financially flat.