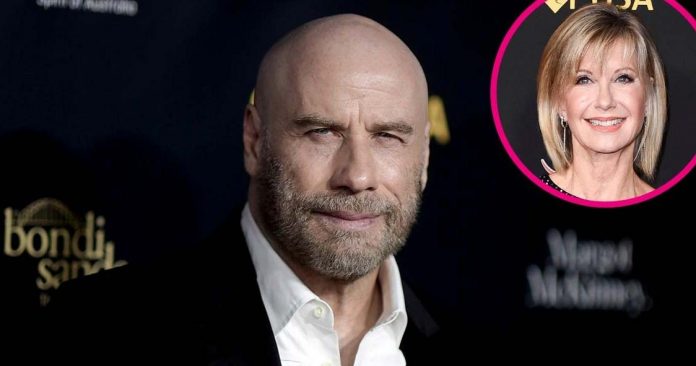 Summer love forever. John Travolta paid tribute to his colleague in the film “Grease” Olivia Newton-John after her death on Monday, August 8.

“My dear Olivia, you have made our life so much better. Your influence has been incredible. I love you so much,” 68—year-old Travolta wrote in his Instagram post along with a photo of the star Face Off. “We’ll see each other on the road, and we’ll all be together again. Yours from the first moment I saw you and forever! Your Danny, your John!”

Travolta and Newton-John first met when they played Sandy and Danny in the cult 1978 musical Grease. The two characters fall in love during the summer holidays and are forced to adjust to living together when Sandy suddenly transfers to Danny’s school.

Grease was a critical and commercial success, becoming the highest-grossing musical film of the time, and the soundtrack album became the second best-selling album of the year in the United States. Newton-John was also nominated for an Oscar for her character’s song. “Hopelessly Devoted to You” at the 51st Academy Awards Ceremony.

Being America’s favorite screen couple, Travolta and Newton-John remained close people, even starring together in the 1983 film “Two of a Kind.”

In August 2019, the Pulp Fiction actor spoke about the connection that he and the Golden Globe winner have established over the years. “We were together not so long ago, about three months ago, and we correspond all the time,” he exclusively told Us Weekly at the premiere of his film “Fanatic.” “It’s wonderful… If I go to see her in her show, we go backstage and hang out and I watch the show and stuff. If I go to her in person, we usually have dinner and catch up. And recently we talked about trying to do something together.”

Newton-John, for her part, spoke about her relationship with Travolta during an interview with Hollywood Life in February 2021.

Stars who broke Grammy records: Beyonce, Adele and others

“Well, we’ve always been friends,” she said of her relationship with the New Jersey native. “[John and I] have had a huge, incredible experience together and we care about each other and we will always be friends.”

“Dame Olivia Newton-John (73) passed away peacefully this morning at her ranch in Southern California, surrounded by family and friends. We ask everyone to respect the privacy of the family at this very difficult time,” the actress said in a message on her official Facebook. “Olivia has been a symbol of triumph and hope for over 30 years, talking about her path to breast cancer. Her healing inspiration and pioneering expertise in plant medicine continues in the Olivia Newton-John Foundation Foundation dedicated to plant medicine and cancer research. Instead of flowers, the family asks to make any donations in her memory to the Olivia Newton-John Foundation (ONJFoundationFund.org )”.

Actors of the series “Grease”: where are they now?

In 1992, the Xanadu star was diagnosed with breast cancer and underwent a partial mastectomy and reconstructive surgery. Her illness returned in 2013 and for the third time in 2018.

“I’m lucky to be experiencing this for the third time, you know? You have to find a silver lining; there is something good in every bad situation,” she said of her worldview in April 2019. “I am very positive. I am a human being, I have moments of fear and anxiety, like everyone else, but in general I prefer to be positive, because you create your world with your thoughts. And if you think dark thoughts, you will create a dark world.”