Digital asset management firm Grayscale announced the number of BTC under its management with its Bitcoin Trust product. The company shared with the public that there is exactly 500 thousand BTC in the Bitcoin investment product.

Grayscale Investments, one of the global leaders in digital asset management, exploded a Bitcoin bomb with the announcement it shared on its Twitter account. Grayscale announced that the number of Bitcoins under the administration has exceeded 500 thousand. The total value of 500 thousand Bitcoin was astonishing. While the Bitcoin price is around $ 16,600, the total value for half a million BTC exceeds $ 8 billion.

All assets under Grayscale management are worth $ 10 billion

Grayscale Investments announced the net value of the assets under its management with the new post it shared on its Twitter account. As of November 16, the total AUM value of the company was announced as $ 9.9 billion. Grayscale Bitcoin Trust was by far the most AUM provider among the company’s products, with $ 8 billion 355 million. Ethereum Trust followed with $ 1 billion 174 million.

The company has announced that they hold $ 53 million in LTC with the Grayscale Ethereum Classic Trust, while the Grayscale ruled over $ 64.7 million with the Litecoin Trust. The company’s XRP product has an AUM of $ 9.2 million. The other two products that have high-value digital assets under its management are Bitcoin Cash Trust with $ 45.8 million and Zcash Trust with $ 11.5 million. 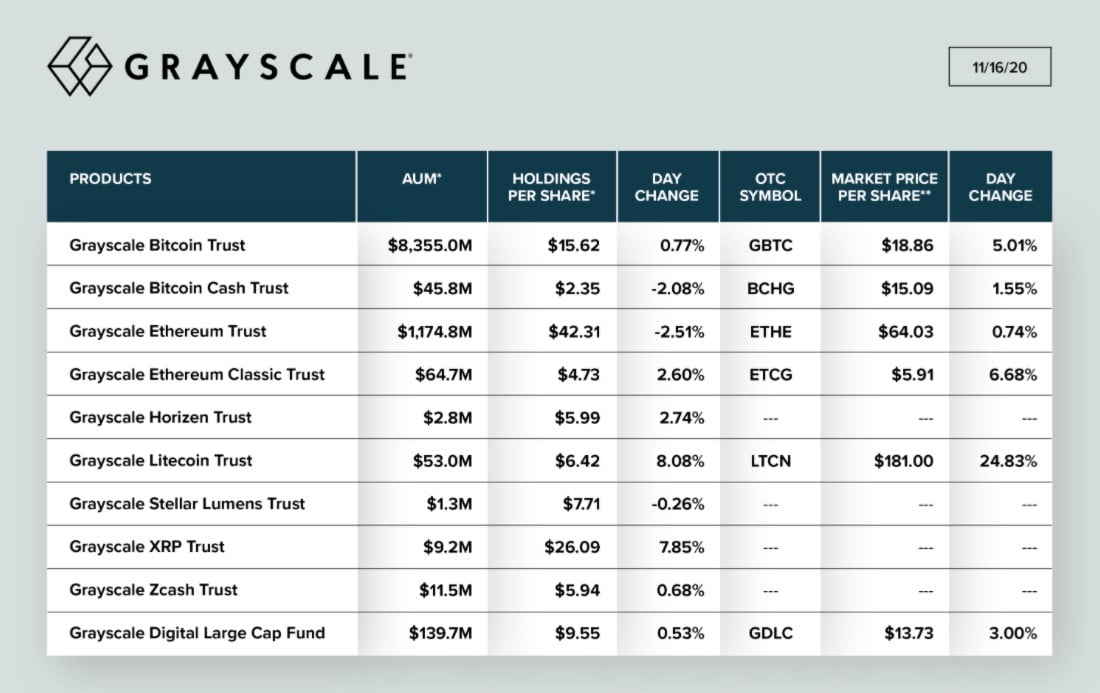 Taylor Swift back: She drops the clip “The Man”

This Is Us: How Season 5 Will Affect Them

A Whale Has Transferred 270 Million XRPs!