Grayscale shared a chart on Twitter showing the value of the company’s cryptocurrencies. In the table, it was seen that Bitcoin was in the first place, while there were also altcoins such as Ethereum and XRP. Barry Silbert, CEO of Grayscale and Digital Currency Group, commented on the post the company shared, saying, “The last $ 200 million.” 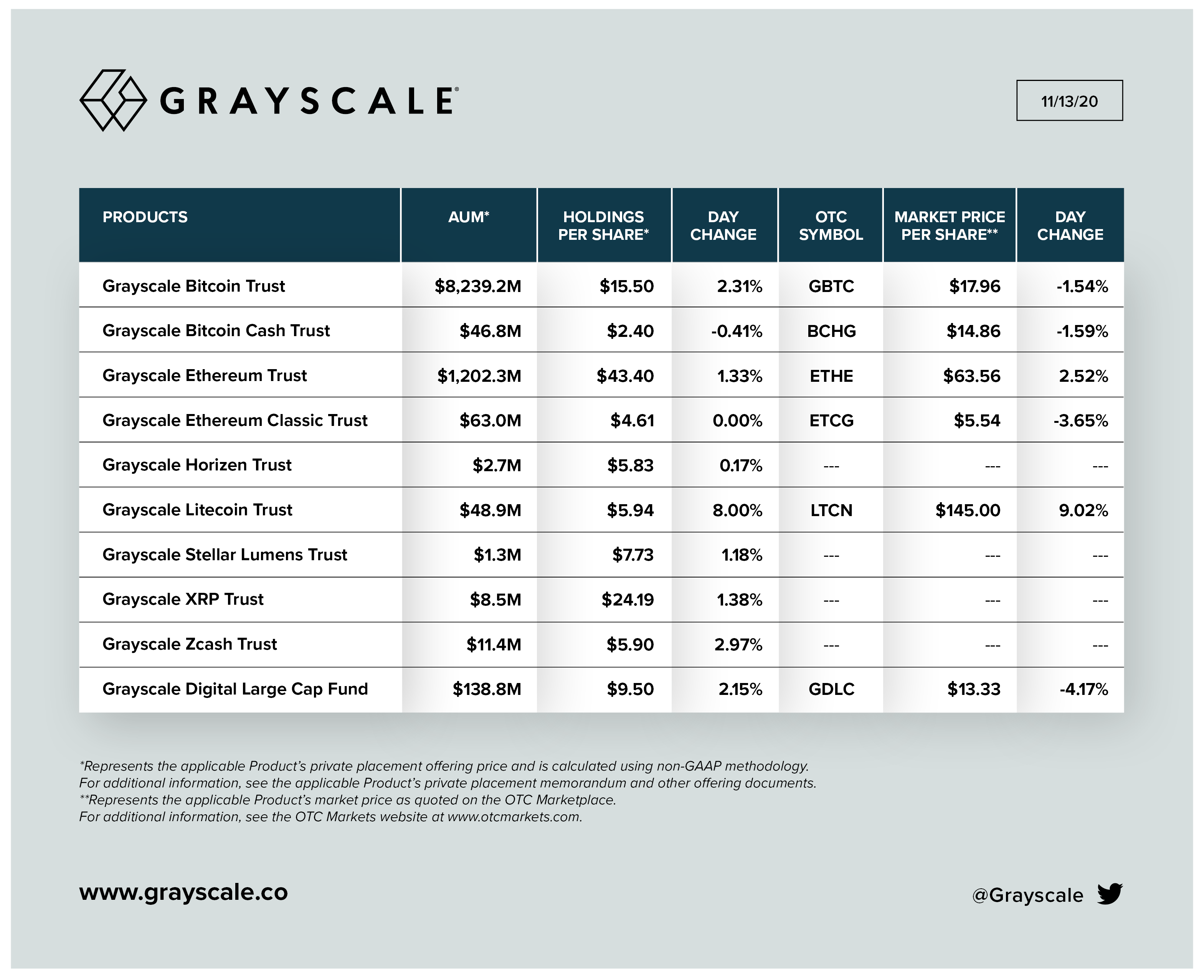 The company seems to invest the most in Bitcoin and Bitcoin Cash. Then comes Ethereum, which maintains its second place in the market ranking.

In the news shared by U.Today, it was said that Grayscale could reach its 200 million dollar goal in one day. In addition, the announcement of Michael Sonnenshein, one of the important names of the Grayscale company, was also included in the news. Sonnenshein shared on Twitter on November 13 that Grayscale earned over $ 115 million in Bitcoin and invited users to invest.

See Also
Grayscale CEO: Bitcoin Will Be The Winner In US Election

Suga and IU get their first win with Eight

Steam’s New Library Design Is Available to All Users