Home News Gray’s Anatomy season 16: The hospital finds itself in full scandal in... 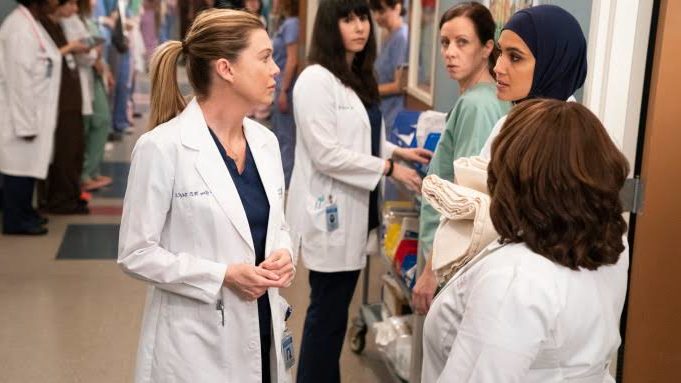 The new season of Gray’s Anatomy has started and it does not lack surprises. Bailey fired Meredith, Richard and Alex because they treated a patient without insurance. Since then Gray has been doing community service but she chose to talk about the flaws in the medical system. Thus, she embarked on an article and this could be a scandal in the coming weeks.

Next week, fans of Gray’s Anatomy will be able to see Episode 3 of Season 16. This next episode will be named “It’s Raining Men” and Bailey will have to face the media. Indeed, Gray Sloan is going to have big criticisms for firing doctors who wanted to treat patients without insurance. This scandal will take place just after the release of the doctor’s project. So, she’ll be upset and Bailey will be mad at her!

GRAY’S ANATOMY: MEREDITH, BACK TO THE HOSPITAL?

ABC has released a trailer for the upcoming season 16 episode of Gray’s Anatomy. Meredith’s article will be featured and all doctors will talk about it in the corridors of Gray Sloan. And for good reason, he points to the hospital and Bailey will have to face the media. The doctor will be very uncomfortable and she will be mad at Meredith. “Bailey is going to kill me,” she said. So, Bailey might get angry with DeLuca as he goes out with her.

For her part, Alex’s friend will realize the consequences of her article in Gray’s Anatomy. She’s going to feel bad for Bailey and she’s going to the hospital. The doctor might try to get back to the hospital. Nevertheless, nothing says Bailey will say yes. In any case, Bailey could make him a very bad home!