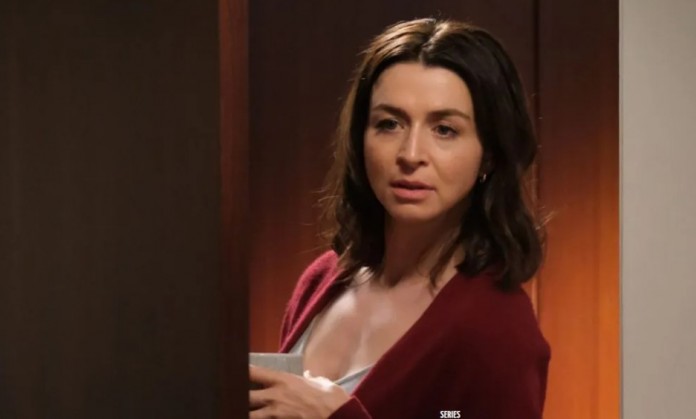 Grey’s Anatomy with its eighteen seasons broadcast on the air has managed to involve more than one of us with its magnificent stories, in its 386 episodes broadcast on the ABC television network, many unexpected twists have been around, we have seen how important characters have left, and how new ones have conquered the screens.

A few years ago, there was the tragic death of Dr. Derek Shepherd (Patrick Dempsey), however, his name was so important to the series, that today the characters continue to mention him, and the entire cast in general knows who this man was that he plunged into the deep heart of Meredith Gray (Ellen Pompeo).

The new episode featured Dr. Kai Bartley (ER Fightmaster), asking Amelia (Caterina Scorsone) an important and intimate question for her. As we will recall, Amelia is Dereck’s younger sister, who was featured on Private Practice, then we saw her arrive on Grey’s Anatomy.

At first, Derek and Amelia did not speak, but they reconciled long after a tragedy almost occurred. Amelia became close to Meredith after marrying Derek, who sadly died in season 11.

This recent episode of Grey’s Anatomy began with Dr. Hamilton (Peter Gallagher) coming to work with a crooked hand. He claimed that his symptoms were progressing and demanded that Meredith progress quickly to undergo surgery.

We saw Meredith take a break, which meant that Kai and Amelia would have a moment alone, to continue working in the lab. As each of them did their work, they started talking and fell on the subject of why they chose their careers. Kai claimed that it was thanks to her mother’s wishes, however, he also confessed that despite being drawn to the discovery, he has no patience for patients.

When Kai asked Amelia, she undoubtedly surprised him and everyone with her blunt answer: “No one ever asked me that” … “They just assumed it’s because I wanted to be like my brother.” Kai was immediately curious about Derek, and didn’t hesitate to ask him, “Who is your brother?” Amelia surprised him when she said, “You just became my favorite person.”

Kim Kardashian accomplice with North: they are displayed in full grimace!